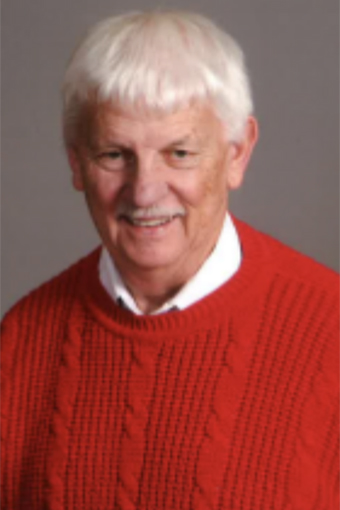 A Celebration of Life Prayer Service will be held at 11:00 a.m. Friday, July 8, 2022, at St. Michael's Catholic Parish Center in Nashua located on the corner of Merrill St. and Highway 346 with the Rev. Tom Heathershaw presiding.

Inurnment will be held at St. Michael's Catholic Cemetery in Nashua.

Friends may greet the family from 4:00 - 7:00 p.m. Thursday, July 7, 2022, at Hugeback Johnson Funeral Home & Crematory - Olson Chapel in Nashua. Visitation continues an hour prior to the Prayer Service at the St. Michael's Catholic Parish Center on Friday.

In lieu of flowers, donations may be directed to the family for a civic project in Dick's honor. The project will be decided at a later date. Online condolences for the Baldwin family may be left at hugebackfuneralhome.com

Dick’s impressive life began on March 4, 1941, when his parents, Russel and Betty (Conley) Baldwin welcomed the oldest of their five sons into the world in Sioux City.

He grew up in Paulina, where he attended school, and from an early age, he developed a determination and work ethic that he carried throughout his life. He was an excellent student and played football for the Panthers before graduating with the Class of 1959 at Paulina High School.

After graduating, he attended Iowa State University in Ames, where he studied mechanical engineering. His parents, meanwhile, had moved to Nashua, and he took a summer job at Hydrotile, which proved to be a life-changing event. He stayed at the Nashua factory and eventually became the manager of production engineering.

One day, he and his buddies drove up to Charles City and made a stop at the A&W, where Dick met a beautiful car hop named Sue Pudil. The two began dating, fell in love, and were married on Oct. 27, 1962.

The Baldwins made their home in Nashua, where they raised their two children — Lisa and Brad — who had a one-of-a-kind father. Dick set a wonderful example for his kids when it came to working hard, always giving 100 percent, and serving others.

The family moved to a 100-acre farm, where Dick worked with his cattle, worked on his cars, and loved his “toys,” especially snowmobiling in the winter. He had the time of his life cheering on the 1985 Nashua Bulldogs, a team that included his son, to the state basketball championship.

Dick continued to work hard at Hydrotile until the plant closed in 1991; in fact, he and the owner, Nav Fosse, were the last two out of the plant. He worked in Sioux City for a short while — coming home on weekends — but he was a Nashuan at heart so the Baldwins purchased and ran the Cedar Parkway Restaurant for 11 years until it was bought out by the state so it could put in the Avenue of the Saints exit.

The Baldwins then served as the parish coordinators at St. Michaels for 16 years before retiring in 2021.

Dick had many interests and was one of the founding members of both the Nashua-Plainfield Athletic Booster Club and the Nashua Town and Country Club, where both he and Sue curled in the winters and golfed in the summers. He loved his weekly golf days with the guys, and after playing their rounds, they would move to the clubhouse to play cards and tell stories.

He also had a servant’s heart. While at Hydrotile, he served on North Iowa Area Community College’s Mechanical Design Advisory Committee. Dick was also a longtime member of the Nashua City Council, serving with seven different mayors, and he felt privileged to be part of projects ranging from the water tower to the fire station to the sewer plant to the reconstruction of the dam to the building of the Gateway to Northeast Iowa Welcome Center.

But his heart ultimately belonged to his family. He was a loving husband to Sue for almost 60 years, a doting father, the best grandfather to Rachel, Rebecca, Tanner, and Jamie Sue, and a proud great-grandfather to Bennett.

This hard-working and kind man gave so much of himself to not only his family but to his community and his church, and he will be dearly missed by all those whose lives he touched during his 81 years.

He was preceded in death by his parents, Russ and Betty Baldwin; and two brothers, Randy and Steven. 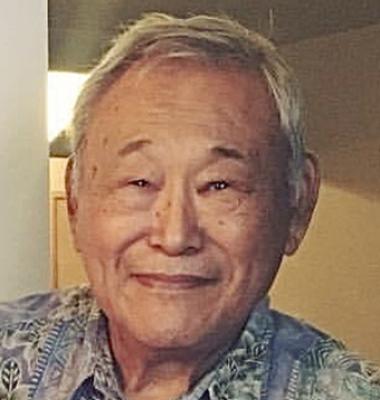