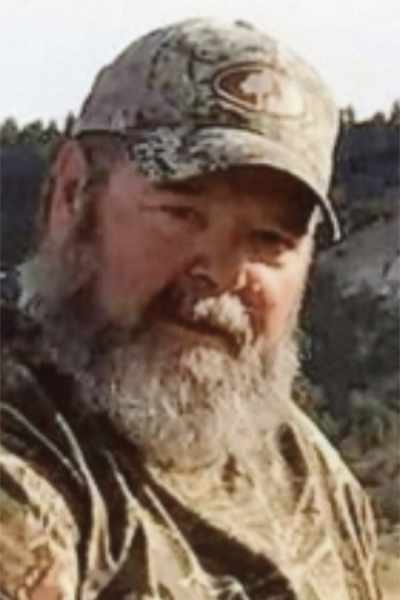 Friends greeted the family from 2 to 6 p.m. Sunday, July 24, 2022, at Hugeback-Johnson Funeral Home & Crematory in New Hampton. Visitation continued an hour prior to the service at the funeral home on Monday.

Bill’s life began on July 11, 1956, when his parents — Chester and Phyllis (Marvets) Ohrt — welcomed him into the world in Sumner. He was the fourth child of six siblings and grew up first near Denver and then in Tripoli. As a boy, he developed a love for hunting and fishing that remained with him the rest of his life.

He received his education at schools in Denver and Tripoli and was a member of the Class of 1974 at Tripoli High School. That is where he met the love of his life, Dione Inman, and he told her “you’d better like to dance” and she did. Bill and Dione were always the one to “start” any dance at school, and their love continued to grow after high school.

The couple was married on Feb. 11, 1977, at St. Mary’s Catholic Church in Waverly, and they welcomed two beautiful children — Carrie and Bruce — who had a one-of-a-kind father who worked his you-know-what off and taught them the value of doing anything and everything the right way. Carrie and Bruce loved to go fishing with their dad, and Bruce always looked forward to the father-son hunting trips they took.

Bill worked at Skyline Harvester in Nashua and then worked at Ionia Locker — alongside Dione — for nine months, and it was there that the Ohrts found their calling. They purchased the Frederika Locker on Aug. 1, 1980 and owned and operated it together for almost 18 years until they sold the business in April 1998.

After living in and near Frederika, the Ohrts built their beautiful new home in rural Ionia in 2001, and a year later, they built and opened Ohrt’s Smokehouse. Bill worked side by side with Dione and Bruce and he worked 75 hours a week, for Bill was one of those guys who always put his heart and soul into everything he did.

Before taking that job at the Ionia Locker in October 1979, he had little experience with meats, but he learned fast, and he and Dione won numerous awards through the years for their smoked meat products.

He was amazingly adept at almost anything he did, even if he had little or no knowledge about it when he started. He was adept at construction, electrical work, plumbing, finishing work and more. His kids remember when they’re dad bought an excavator and had no idea how to get it off the delivery truck, yet in time, he became an expert not only with the excavator but a bulldozer and backhoe.

Bill was a conservationist. He planted many food plots, a butterfly garden and created a gorgeous pond on his land. That pond is a story in itself as it was built during a field day of the Land Improvement Contractors Association, and the dozens of contractors that were there that day will never forget Bill’s work ethic and settling for nothing less than perfect.

He was born to work, but Bill dearly loved his family. He had that big bushy beard, but his five grandchildren knew they had a “keeper” in Papa. He loved hunting and fishing with his oldest grandson, Carson, and honestly, a day with the grandkids — giving them gator rides or just hanging out with them — was always a good one.

Bill was a champion fisherman. Put it this way, he probably could have caught fish out of a toilet. Seriously, he was that good. He’d catch fish from the back of the boat while his friends in the front of the boat were being shutout, but as soon as he moved to the front, the fish magically appeared on his line. He was also an amazing cook and a black belt on the grill.

Bill helped young men get their CDLs and get jobs with various business owners he knew. He loved to teach others about the meat processing business as well as sharing his plethora of skills with others. He was always the guy you went to when you needed help. He had a big heart and was always there for others. Everyone considered Bill their best friend.

This man packed a lot of life and hard work into his 66 years here, and we will so miss him.

Bill is survived by his wife of 45 years, Dione of Ionia; his daughter and her family, Carrie (Casey) Barfels and their children, Carson, Maggie and Ethan of Appleton, Wisconsin; his son and his family, Bruce (Jamie) Ohrt and their children, Jackson and Taylor of Ionia; his siblings, Yvonne Vongroven of Waukon, Eugene Ohrt (Nina) of Royal Center, Indiana; Sharon (Dave) Cook of Oelwein, and Max (Janell) Ohrt of Sumner; his sister-in-law, Carolyn Ohrt of Oklahoma City, Oklahoma; nieces and nephews; and, of course, the legions of friends and people he helped throughout the years.

He was preceded in death by his parents, Chester and Phyllis Ohrt; his brother, Lester Ohrt; and his brother-in-laws, Greg Inman, Randy Inman and “Gordy” Vongroven.