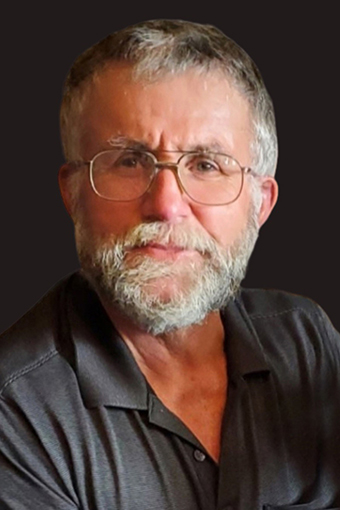 A Mass of Christian Burial will be held at 10:30 a.m. Wednesday, August 10, 2022, at Immaculate Conception Catholic Church, North Washington, with Rev. Ken Glaser celebrating the Mass and Rev. James Goerend con-celebrating.  Interment will be in St. Mary’s Cemetery, North Washington.

Friends may greet the family 4:00 – 7:00 p.m. Tuesday, August 9, 2022, at the Hugeback-Johnson Funeral Home & Crematory in New Hampton where there will be a 7:00 p.m. parish scripture service.    Visitation continues an hour prior to Mass at the church on Wednesday.

Dale was born on March 30, 1960, to Glen and Mary (Lynch) Rosonke in New Hampton, Iowa. The oldest of the Rosonke’s six children, Dale found his passion and love for farming at a young age. He and his siblings helped his parents with chores on their farm west of New Hampton, and Dale was hooked on being a farmer for his entire life.

He attended school in New Hampton, where he wrestled and was part of FFA before graduating with the Class of 1978 at New Hampton High School.

In addition to farming, Dale worked several jobs after high school, but his heart belonged to the land and to his family.

He met Linda Glaser at a dance in Alta Vista, and the rest is history. They began dating, fell in love, were married on September 17, 1988, and settled on the farm, where they raised crops, cattle, and hogs.

The Rosonkes were blessed with three children — Hannah, Nathan and Jonas — who fondly remember growing up with a father who was a hard-working family man, one who had a deep and abiding faith in God. The kids spent countless hours with Dad in the cattle yard, and they remember it didn’t matter if a blizzard was raging, they were going to church every week.

Dale began every day telling his family “good morning” and ended every night wishing them “good night.” It was little things like that, that made him a special husband and a wonderful father.

He was a great dad, but he was an even better grandfather to Cutter, who had Grandpa wrapped around his little finger, and we’re sure grandson No. 2, who is due later this month, would have done the same.

Dale enjoyed working on his farm, deer hunting, playing cards, and spending time with his family and friends. He had a great sense of humor, was known to pull a prank or two and his competitiveness in card games like “Spoons” was legendary. And he had a love for animals — from his cattle to his dog Bourbon to the farm cats. Dale loved going on Ranger rides with Bourbon, and he always let his daughter know when there was a new litter of cats on the farm.

He was a member of the Good Shepherd Catholic Cluster and attended Mass at Immaculate Conception in North Washington and St. Boniface in Ionia. Dale was active in both the Chickasaw County Cattlemen’s Association and the Chickasaw County Pork Producers and he also was involved in the New Hampton FFA Alumni chapter.

This is a very tough goodbye for all of us who knew Dale, especially his wife of more than 34 years, his children, Cutter and the grandchild on the way, and all those other family members and friends whose lives were touched by him. Dale gave us so many wonderful memories, and we know that his faith tells us today he is in Heaven, waiting for the rest of us. We will miss you dearly Dale and thank you for making our lives better because we knew and loved you.