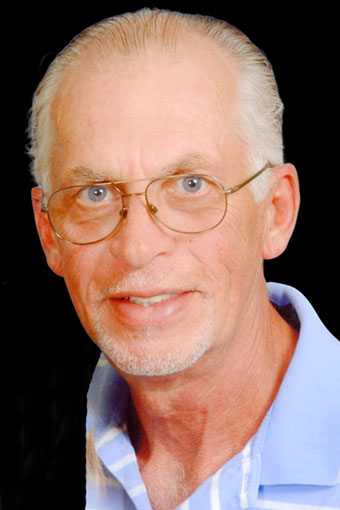 A Celebration of Life Prayer Service was held at 11 a.m. Wednesday, Oct. 5 2022, at St. Michael’s Catholic Parish Center in Nashua with the Rev. Jerry Kopacek presiding.

Friends greeted the family an hour prior to the service at the Parish Center on Wednesday.

Gary was born April 27, 1949 in Charles City to Marvin and Eleanor Goddard.

Following graduation, Gary joined the United States Navy. While in the Navy, he served as ship barber, ran the ship store and performed river runs in Vietnam. Gary was honorably discharged after four years of service.

Gary married Carol Boge on May 6, 1972. They were blessed with four children — Rachael, Eric, Melissa and Justin. They also loved being a host family to their foreign exchange sons, Flavio Pinto, Brazil, and Jochen Buck, Germany.

Gary worked for White Farm in Charles City and retired with over 29 years of service at Carnation/Nestle’ in Waverly. He was a proud member of the Teamsters 650 Union. Gary struggled with dementia/Alzheimer’s for much of the last decade of his life.

We will remember Gary as a spirited guy who was good for a dirty joke, beer with friends/family, a hand of euchre or a cutthroat game of cribbage. He enjoyed the outdoors hunting deer, pheasant and mushrooms and fishing at the dam. Gary loved his Green Bay Packers, chocolate or anything sweet and kids, especially his four grandchildren.

He was preceded in death by his parents and a sister, Sherri Nelson.