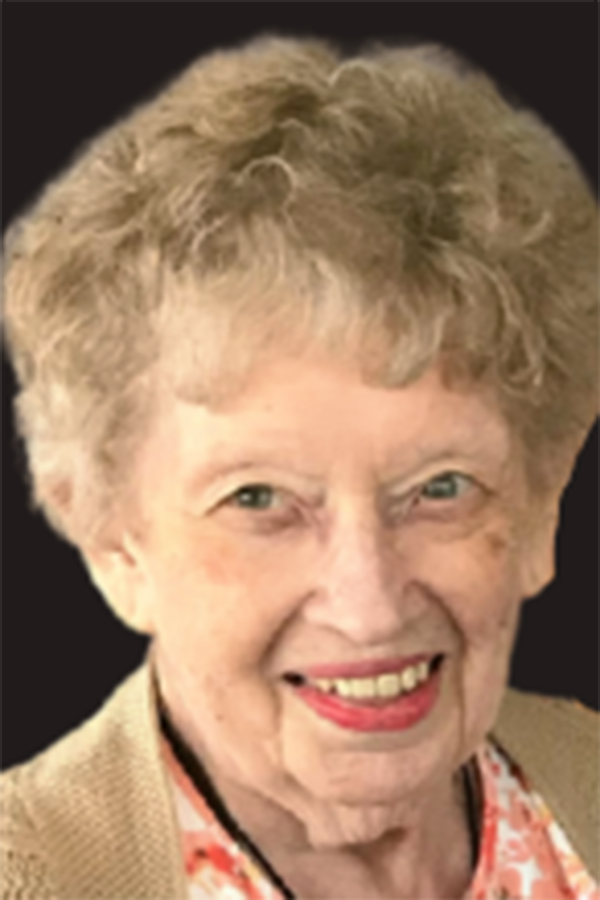 Joyce’s adventurous life began on June 9, 1936, when her parents, Earl and Gladys (Zahasky) Drewelow, welcomed her into the world at St. Joseph’s Hospital in New Hampton.

She grew up on the Drewelow farm near Boyd, and she fondly recalled helping her mother “cook for the men” and helping out wherever she could. She was born with a strong work ethic, one that remained with her throughout her life.

Joyce’s education began in the old one-room Boyd School near her home before she finished her schooling in New Hampton, where she played clarinet in the band and graduated with the Class of 1954.

She married Wes Ward, who was serving in the U.S. Navy, and they lived in both California and Waukegan, Illinois, while Wes finished his service before moving back to Iowa and settling on a farm near Boyd, where Joyce helped raise mink, hogs and cattle. Their family grew to include three children — Julie, Tom and Andy — but tragedy struck when Andy died at just 3-months-old. It was the heartbreak of Joyce’s life, but she persevered. She and Wes later divorced, and she married John Schlindwein and actually did so twice but even after their second divorce, they lived together for 20 years.

Joyce owned and operated the Village Inn in the 1970s, and after moving to Iowa City, she worked as a cook for the Phi Kappa Psi fraternity, which was for undergraduate students. She loved that job and she was a mother to all of the fraternity brothers. She then moved to Las Vegas, where she worked in a casino restaurant before moving back to New Hampton and then Protivin, where she worked at her son’s bar-restaurant, The Mint, making most of the desserts right up until a couple of years ago.

This woman had many interests, but at the top of the list had to be books. She had a floor to ceiling bookcase built in her home, and she was a voracious reader. Her books were organized by authors, and she’d read just about anything (although she’d also tell you those “Harlequin Romances” were not books. She especially enjoyed reading about history and reading a good thriller or mystery, but here’s the thing about Joyce. She may not have picked up a particular book in 15 years, but she could still rattle off the plot outline of any book she ever read.

In her younger days, she enjoyed fishing, and throughout her life, she loved playing Bingo and card games. She liked to joke that she needed a little “color in her water” when she had her Scotch, and later in life, she loved watching her bird feeders and seeing the flowers that never failed to brighten her day.

She was an exceptional crocheter, making stuffed animals and Barbie Doll clothes that she donated to various toy drives during the holidays. She already had much of her 2022 Christmas crocheting done, and those kids who receive them should know that they came from someone special.

Joyce loved a good bargain and was one of those social people who could talk to just about anyone. She was feisty, but in a good way. Her motto in life may have been “I’m still going to do what I’ve always done.”

She lived a good, long life, one filled with hard work and love for her family that grew to include grandchildren and great-grandchildren, and those that were fortunate to have run across Joyce will have plenty of memories that will last a lifetime.

She was preceded in death by her parents; one son, Andrew Wayne Ward of December 15, 1965; one sister-in-law, Faythe Drewelow.