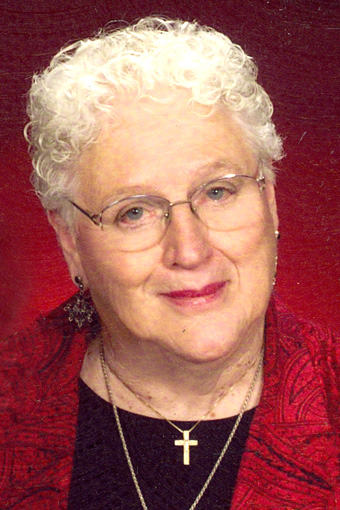 Beverly "Tex" Robrock, age 87 of New Hampton, Iowa died Tuesday, October 2, 2018, at Linn Haven Rehab and Healthcare Center in New Hampton.
Funeral services will be held at 10:30 a.m. Monday, October 8, 2018, at the United Methodist Church, Fredericksburg with Pastor Michael Christie officiating. The ceremony will also include a service conducted by the Order of the Eastern Star. Gail Allison will be the organist with vocalists, Cassidy Allison, singing "Amazing Grace" and Jani Rothlisberger, singing "In The Garden".
Interment will be in Rose Hill Cemetery, Fredericksburg with pallbearers, Russ Robrock, Eric Robrock, Wayne Gitch, John Rothlisberger, Curt Leichtman, Jim Allison, Darrel Holmes, and Isaac Holmes. Honorary Pallbearers will be Beverly McNally, Donna Schildroth, Shirley Ott, Iva Corbett, and Audrey Bravener.
Friends may greet the family 3:00 - 7:00 p.m. Sunday, October 7, 2018, at the Hugeback Johnson Funeral Home in Fredericksburg. Visitation continues an hour prior to the service at the church on Monday.
Beverly Darlene “Tex” Robrock was born April 26, 1930, in Fredericksburg, IA, the second of two daughters born to Harold and Gladys “Hurd” Beaver. She received her education in Fredericksburg and was valedictorian of the Fredericksburg Class of 1947. She then received her teaching degree from the Upper Iowa University in Fayette. She originally taught at the one-room country schoolhouse at Williamstown, until it's closing, and transferred to a country school near Lawler. Beverly's father Harold, was a pilot and taught her how to fly. Some of her best and proudest memories were of her time spent in the cockpit. She carried that love with her forever.
Her nickname “Tex’ came at an early age. A New Hampton man, Ray Robrock, saw her dressed in western wear and called her “Teton Tex”. The name stuck. She eventually married Ray but only "after you come home from Korea". They were married in August 1955 at the United Methodist Church in Fredericksburg. To this union two sons were born, Russ and Eric. The couple initially lived in Fredericksburg where she continued teaching while Ray operated Robrock Trucking. She later became a full-time gravel truck driver in the business with Ray. Her boys remember being picked up, many a day after school, by her driving the gravel truck.
Anyone who knew Bev, whether a friend or stranger, saw that she had a spirit that was gifted her. If you knew her, you immediately saw her unique zest, her love for life and never being short on words. It’s not surprising to those who knew her that she drove gravel truck for over 20 years, rode motorcycle, piloted her own plane and parachuted three times since she turned 80. She and Ray grew the trucking business, also owned Ray’s Tap in Ionia from 1980-1992 and owned the former Williamstown Store from 1992 – 2002. Anyone who was a friend of her children's became family and that continued until the day of her death. She will be remembered for her ability to tell stories and her genuine love for people.
Bev is survived by her two sons, Russ Robrock of New Hampton, Eric (Tami) Robrock of West Union; four grandchildren, Kayla Robrock, Zack Robrock, Jodie Nelson, Tom Miller; two great-grandchildren, Logan Cain and Paisley Nelson; one sister, Evelyn Mayo of Fredericksburg.
She was preceded in death by her parents; her husband, Ray; and brother-in-law, James Mayo.