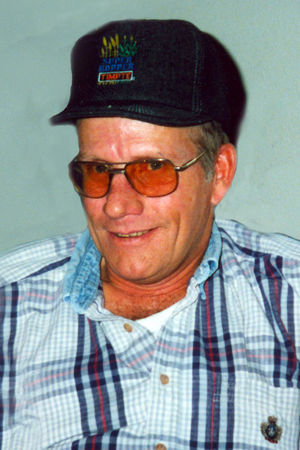 Bruce E. Qualley, age 64 of Jerico, died Sunday, Nov. 1, 2015, at his home.
Funeral services will be held 11 a.m. Friday, Nov. 6, 2015, at Trinity Lutheran Church, New Hampton, with Pastor Kevin Frey officiating. Crossbearer for the service will be Kylee Jordan with urnbearer Taelyn Jordan. The reader for the service will be Madison Schmidt.
Interment will be in the New Hampton City Cemetery with Brian Geerts, Dale Knutson, Denny Knutson and Jo Knutson serving as urnbearers.
Friends may greet the family 4 - 8 p.m. Thursday, Nov. 5, 2015, at the Hugeback Johnson Funeral Home in New Hampton. Visitation continues an hour prior to the service at the church on Friday. Online condolences for Bruce's family may be left at hugebackfuneralhome.com
Bruce Erwin Qualley was born April 25, 1951, in New Hampton, the son of Harlan and Anna Mae (Halvorson) Qualley. He received his education in New Hampton and graduated from the New Hampton High School in 1969. On August 16, 1969, at St. Boniface Catholic Church, Ionia, he married Rose Deutsch. To this union four children were born; Angie, Amanda, Christa and Ben. Ben passed away on February 3, 1993 from bone cancer. The couple later divorced.
Bruce drove truck for Qualley Produce for many years and also worked at Qualley Feed and Grain until retiring in 2013. He was a farmer at heart and had been doing so since he was a young man. He also enjoyed going to the casino, fishing in Michigan and playing Euchre at Jerico Jo’s. Horses were a large part of family life with Bruce and a great trail ride was heaven on earth. He had a saying to his friends and family "It's just a ride," and he had a good one. He will be sorely missed by all who knew him.
Survivors include three daughters, Angie (Rob) Anderson of New Hampton, Amanda Qualley of Cedar Falls and Christa (Todd) Jordan of Fredericksburg; seven grandchildren; Mya and Ryan Anderson of New Hampton; Tia Woods (Craig Hacek) of Cedar Falls, Natasha Woods of Milwaukee, Theresa and Madison Schmidt of Cedar Falls, Taelyn and Kylee Jordan of Fredericksburg; one great-granddaughter, Cofie Woods of Cedar Falls; special nephew, Brian Geerts of Jerico, friend, Sue Shaver of Cresco; one brother, Dave Qualley of Jerico; two sisters, Sharon (Richard) Schuchardt and Susan (Herb Koudelka) Geerts all of Jerico.
He was preceded in death by his son, Ben on February 3, 1993; and his parents.