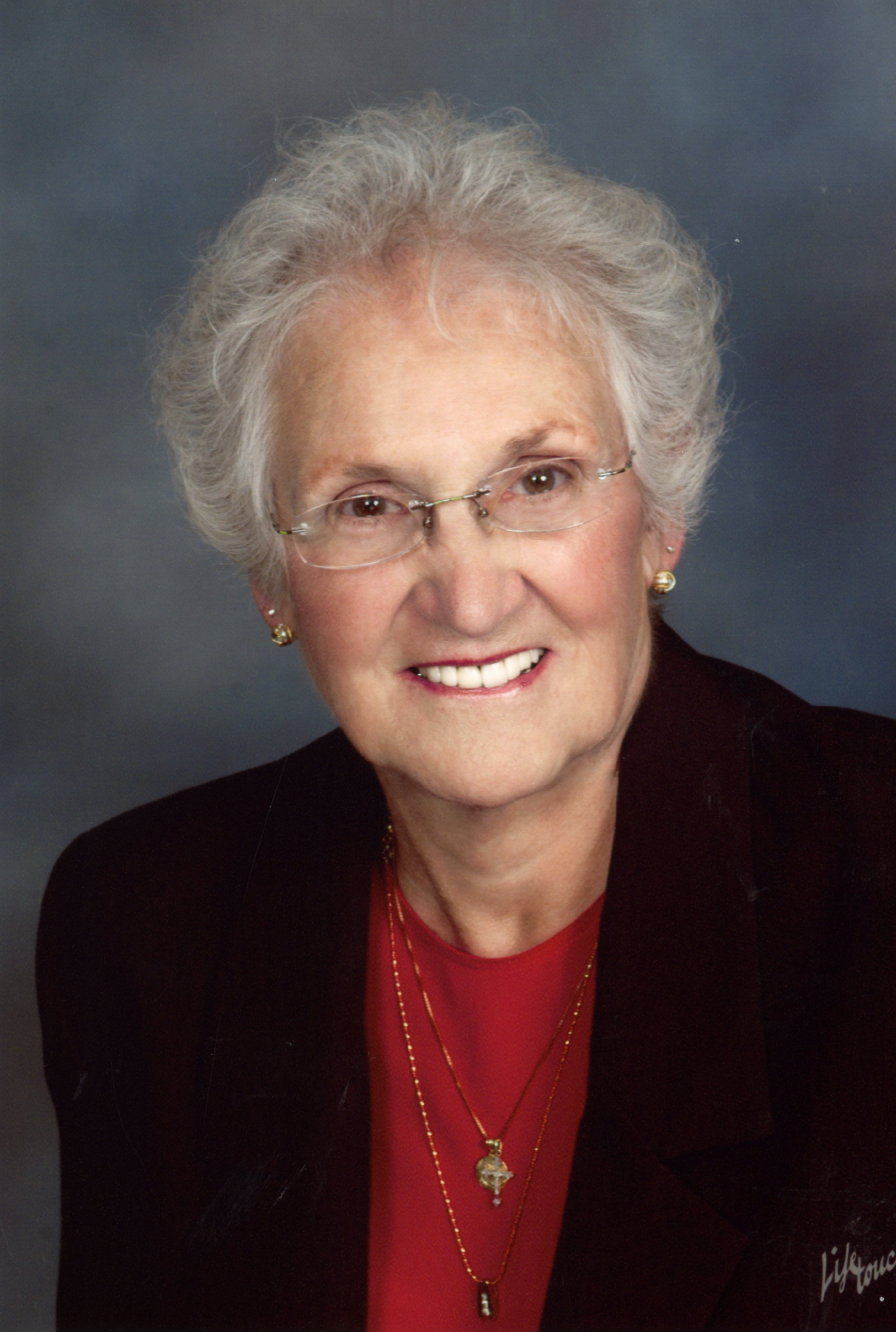 Evelyn Gilbert, age 92, of New Hampton, died Saturday, June 5, 2021, in Ankeny.
A Mass of Christian Burial will be held at 1:30 p.m. on Saturday, June 12, 2021, at Immaculate Conception Catholic Church, North Washington with Rev. Brian Dellaert celebrating the Mass. Please join the family on Facebook Live on the Hugeback-Johnson Funeral Home Facebook page for those unable to attend in person.
Interment will be held at St. Mary’s Cemetery in New Hampton with Bryan Eichenberger, Michael Cremer, Bryce Eichenberger, Jacob Cremer, Clinton Baltes, Spencer Baltes, Wil Baltes, and Grace Knuston serving as pallbearers. Honorary pallbearers are Crystal Gilbert and Nicole Gilbert.
Friends may greet the family from 4:00 - 7:00 p.m. on Friday, June 11, 2021, at Hugeback - Johnson Funeral Home & Crematory in New Hampton. Visitation continues an hour before the Mass at the church in North Washington on Saturday.
Evelyn Mae was born on Nov. 18, 1928, to Charles and Grace (Monroe) Bray in Floyd, and she grew up on farms in the Bassett and Floyd area. She was the second youngest of her parents’ 16 children and attended country school before moving to Redondo Beach, California, to live with an older brother.
Evie graduated from high school in California but returned to Iowa to help take care of her father after her mother passed away. She took a job as a nanny and held several other jobs — including at a grocery store and the National T, a soda fountain in Charles City — but her prowess on the softball field helped change her life forever.
She was a standout first baseman for the Ionia women’s softball team, and one day at the park, she met a good-looking young man named Bob Gilbert, who started to come to more and more softball games. Evie was focused on being the best first baseman she could be, but eventually, Bob won her over, they started dating and fell in love.
Evie and Bob were married on Feb. 6, 1951, at St. Boniface Catholic Church in Ionia, and they eventually welcomed six children — Deborah, who died in infancy, Pam, Robert, Theresa, Julie, and Janine. The Gilbert daughters will tell you they had a mom who loved holidays, tended the most beautiful gardens, enjoyed sports, and got along with everyone. Evie, quite simply, was the best conversationalist.
She and her husband owned the Gamble’s store in New Hampton, but she became his biggest supporter and best caretaker when Bob was seriously injured in a car accident. She also went back to school and became an LPN and later worked at Kitchens of Sara Lee until she retired in the late 1990s.
When Bob passed away in 2002, Evie stayed busy. She volunteered at the Carnegie Cultural Center, delivered meals on Wheels, attended Chickasaw girls basketball and softball games. Evie was a sports fan, and she rarely — if ever — missed watching the University of Iowa men’s and women’s basketball teams. Those who called Evie during a game knew that unless they wanted to talk about the Hawkeyes’ game, the conversation was going to be short.
Evie was also a great grandmother; she loved her kids, but she absolutely adored her 10 grandchildren and nine great-grandchildren. One of her favorite memories late in life came in 2017 when she watched her granddaughter play in the Minnesota state girls basketball tournament in Minneapolis, but she was proud of each and every one of her grandkids and their children and all of their accomplishments.
She was a woman of faith, attending churches within the Good Shepherd Cluster, especially St. Boniface in Ionia and Immaculate Conception in North Washington, and she always answered the call when her church needed help.
Life won’t be the same without this lively, spry, and witty woman, but Evie Gilbert touched so many lives throughout her long life that her legacy will live on for years to come.
Evelyn is survived by her children, Pam (Jerry) Eichenberger of Ankeny, IA, Robert Gilbert of Mundelein, IL, Theresa (Keith) Cremer of Coralville, IA, Julie (Terry) Baltes of North Washington, IA, Janine (Richard) Knutson of Montrose, MN; ten grandchildren, Bryan (Laura) Eichenberger, Michael (Tawney) Cremer, Bryce (Heather) Eichenberger, Jacob (Caroline) Cremer, Clint (Megan) Baltes, Spencer (Alex) Baltes, Wil Baltes, Grace Knuston, Crystal (Kevin) Gilbert - Kosierowski, Nicole (Aaron Patin) Gilbert; nine great-grandchildren, Colton, Olivia, Adelynn, Brynlee, Bowen, Brexten, Reece, Johannes, and Jaden; also a daughter by heart & gardening partner, Cindy Randall (Jim Siglin) of New Hampton, IA.
She was preceded in death by her parents; husband, Robert in 2002, daughter in infancy; fifteen siblings.