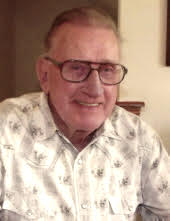 Gerald “Jerry” Keith Duneman, age 87 of Reinbeck and formerly of New Hampton, died Thursday, Jan. 14, 2021, at Grundy County Memorial Hospital in Grundy Center, with his three daughters by his side.
Funeral services will be held at 10:30 a.m. Tuesday, Jan. 19, 2021, at Trinity Lutheran Church in New Hampton with Pastor Kevin Frey officiating. His eight grandchildren will serve as pallbearers.
Interment will be at a later date with immediate family in the New Hampton City Cemetery and Derrick Fenneman, Brandon Fenneman, Dylan Fenneman, Cameron Clark, Karlee Clark, Tyler McKenna, Kyan McKenna and Sawyer McKenna will serve as pallbearers.
Friends may greet the family one hour prior to the service on Tuesday at the church. If you are unable to attend please join the family via Facebook Live at 10:30 a.m. Tuesday on the Hugeback Johnson Funeral Home Facebook page.
Jerry’s story began on Jan. 11, 1934 in Cresco, the youngest child of Frederick and Olive (Crisp) Duneman.
His early years were spent on the Duneman family farm near Cresco, and his family eventually moved into town, where Jerry attended school. He was a member of Cresco High School’s Class of 1953, where he participated in track and basketball.
Jerry served in the U.S. Army from Aug. 4, 1956, to Aug. 13, 1958, and served with an artillery unit in California, before receiving his honorable discharge.
In 1959 Jerry landed a job with the Chickasaw County Roads Department, where he eventually became a road foreman and was known as “Blue” because of the blue hard hat he wore at work every day. After 36 1/2 years he retired in 1996.

After returning home from the Army, he began dating Liz Cameron, and on April 25, 1964, they were married in Cresco and then made their home in New Hampton, where they raised their three daughters — Dawn, Cindi and Stephanie.
The girls grew up in a home with a dad who worked hard, taught them to fish, garden and play card games like euchre, cribbage and spades. They also knew Dad was a competitor — a fact their husbands and children would learn, too — so a win over him was to be celebrated because, trust us, Jerry didn’t lose all that often.
Jerry was an outstanding father, but he was an even better grandpa to his eight grandchildren. He loved doing anything with them, and there was no better day for him than those in which he could joke around with those grandkids. He loved taking them fishing or feeding the ducks in Charles City and he enjoyed going to their games, concerts and programs. He, quite simply, thought the world of them.

In retirement, Jerry and Liz worked as the custodians at Trinity Lutheran Church, and they enjoyed their trips to the casino from time to time. Jerry loved watching TV, especially old shows like “Gunsmoke” and he was a diehard Iowa Hawkeyes and Green Bay Packers fan.
One of his greatest joys later in life was spending time with his chihuahua, Daisy, who may have been the best loved dog on the entire planet.
He was a wonderful caretaker to Liz, and both of them so appreciated the help their good neighbors Dayton and Annette Fahning gave them during their final years in New Hampton, before they moved to Reinbeck.
Jerry will be missed dearly by his wife, children and grandchildren. They will miss his smile, his jokes and the card games with dad and grandpa, but they are comforted by the fact that he is fishing in heaven with Daisy sitting by his side.
Jerry is survived by his wife, Liz of Reinbeck; three daughters, Dawn (Duane) Fenneman of West Union, Cindi (Jon) Clark of Reinbeck, and Stephanie (David) McKenna of Indianola; eight grandchildren, Derrick Fenneman, Brandon Fenneman, Dylan Fenneman, Cameron Clark, Karlee Clark, Tyler McKenna, Kyan McKenna and Sawyer McKenna; and many nieces and nephews.
He was preceded in death by his parents; his beloved dog, Daisy; and his 11 siblings, Opal (George) Peter, Dorothy (Spencer) Gunhus, Donald (Ruth) Duneman, Alta (Leland) Melek, Lester (Mary Jane) Duneman, Virgil (Evelyn) Duneman, Lyle (Mildred) Duneman, Sylvia (Harvey) Price, Eunice (Ray) Kaupel, Geneva Duneman, Darlene (Lester) Ellingson.