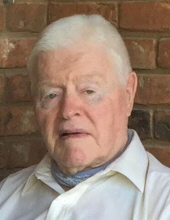 Harold Galligan, age 93 of New Hampton, died Thursday, Jan. 7. 2021, at Linn Haven Rehab and Healthcare in New Hampton.
A private family gathering will occur at a later date. There will not be a public visitation or service.
Harold was born Nov. 2, 1927, in New Hampton, to Clement and Philomena “Minnie” (Denner) Galligan. He was the second of four children.
He attended school in Lawler and graduated in 1945. He worked on the family farm until he served in the U.S. Army (1951-1953) in Korea.
After the service, he returned to farming north of Lawler until his retirement.

In 1962, he married Jeanette Aves of Mason City. Together, they had five children — Jennifer, Kathryn, John, Caroline, and Christopher.