It’s tough to say goodbye to our mischievous, but faithful, Shelby 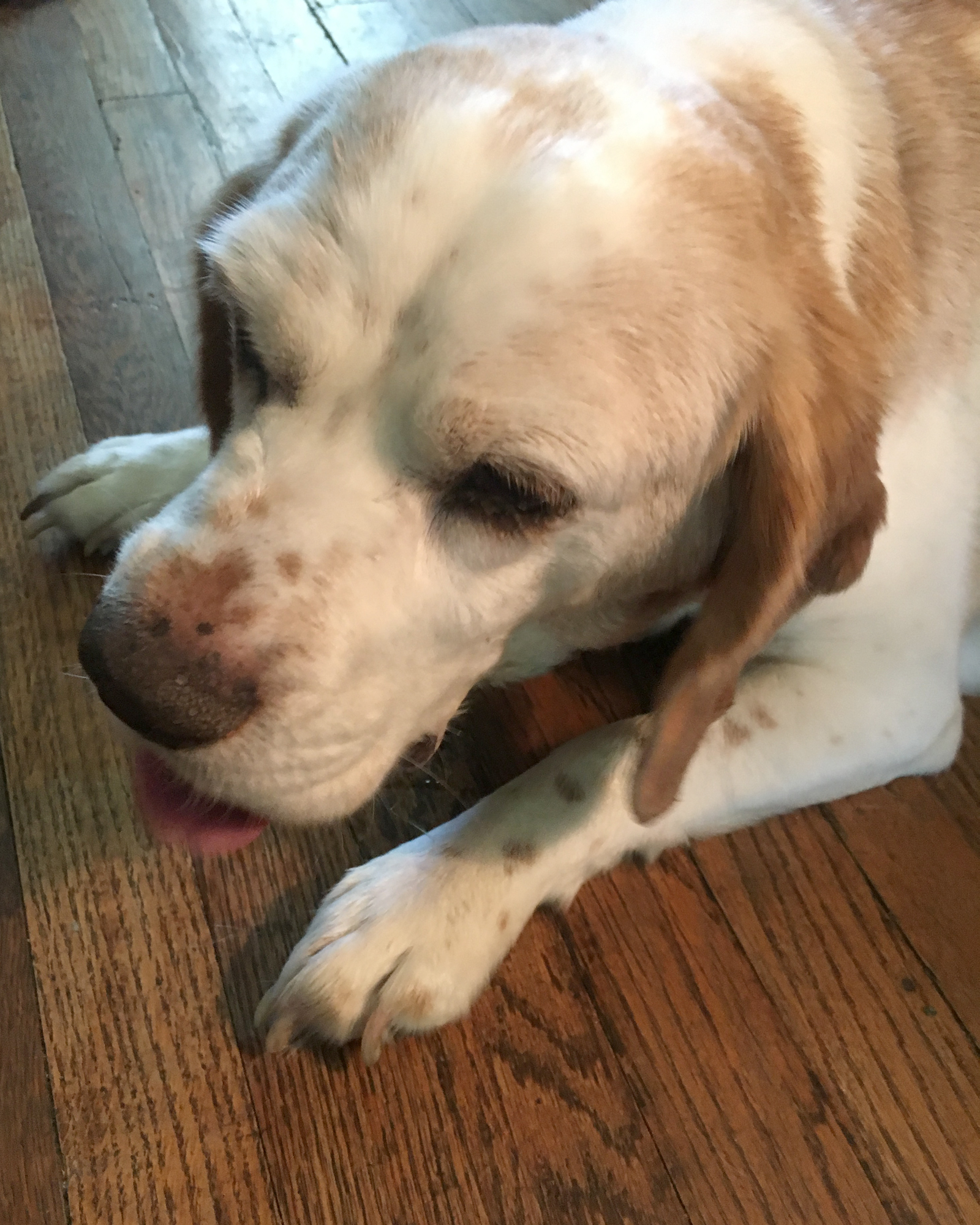 The date was June 16, 2010, and I had already made the decision that we were not getting this dog.
But the boys – and they were really boys back then — begged me to go at least see this beagle named Shelby, and I caved.
Josh had just finished fourth grade, Noah was coming out of third grade and they were already showing they were smarter than dad.
We drove to the house on South Water Avenue, and I told the boys that with them heading to their mom’s for the rest of the summer and me being a pretty busy guy, I didn’t think we could take on the responsibility that came with having a dog in the house.
As we walked up to the house, this unbelievably cute dog was sitting in the bay window and the first thought I had was “if this is the dog, I’m screwed.”
Ten minutes later, Shelby Linn was ours.
She was full of spunk, loved chasing rabbits or any other creature that had the misfortune of wandering into our yard and occasionally took off for a run at the worst times.
I was dreadfully afraid that one day someone was going to run her over, because she never quite learned that one should look both ways before crossing a street.
She loved pizza, but then again, if humans ate it, she thought she should, too. That led to one of the most dreadful nights of my life. I had just gotten out of the hospital, and when we arrived home, she had downed an entire bag of candy corn.
Let’s just say, it did not agree with her, and I spent the night scrubbing the floor.
But my favorite food story was the night that Teresa, my wife at the time, and I had to run somewhere. Teresa hadn’t finished her pizza so she put the box up on the back of the stove and wrote Josh and Noah a note, “This is mine, not yours.”
We came home, and the stovetop was empty.
“Dang it,” Teresa said, “one of the boys ate the rest of the pizza.”
They both denied it, and then we discovered the pizza box pushed under the kitchen table.
Not only had Shelby managed to get the pizza off the stove and had a delicious snack but she had the presence of mind to push the box under the table to try to hide the evidence.
Over the years, she settled down, although I use the words “settled down” in relative terms. She never lost her love for garbage cans and bags, for it didn’t matter if you had a thousands notebooks on top of one morsel of food, she was going to get to it.
To put it simply, she drove me nuts, but then she’d hop into my lap after a long day at work, and we’d watch TV together and all was forgiven.
When we made the decision to move to a smaller house, we knew Shelby wasn’t going to be able to come with us, but we figured we could find her a home where we could at least go visit her.
She had been a remarkably healthy dog for most of her life, but in May, she went on an antibiotic and steroid to take care of an infection. It worked, but something else was wrong.
Over the last month, it would take us 20 minutes in the morning to wake her up and get her to go outside and do her business. Her balance was shot, her head seemed to be permanently tilted and our once energetic dog was exhausted after going for a walk that covered just a few blocks.
It seemed like we found a new “lump” every day, and they were getting bigger it seemed every hour.
Last Monday, I took her to New Hampton Veterinary Clinic, and Dr. Kim Van Driel delivered the devastating news — Shelby had lymphoma — and there was really nothing animal medicine could do for her.
I took her home so Josh could have one more night with “his” dog, and honestly, if Shelby was anyone’s dog, especially later in her life, she was Josh’s. He’d come home from college, say a perfunctory “hi” to Noah and me and then spend the next 30 minutes with Shelby.
Noah would look at me and laugh, “Well, I guess we know where we rate.”
That night I called Noah and gave him an update, and his voice cracked with emotion as he talked about this spunky but loveable beagle that found a way into our hearts so long ago.
Shortly after 3 p.m. the next day, Josh and I watched Shelby take her last breath. She went peacefully and quickly, and the latter, Dr. Kim told us, showed how sick she really was.
For 3,661 days, she was a Fenske, and as we returned home that afternoon, few, if any, words were spoken.
They say a dog is “man’s best friend.” Whomever “they” are must have had Shelby in mind when they uttered those words.
She could drive us crazy with her inopportune “runs” and what seemed almost daily forays into the garbage, but she was one of us.
And we miss her.