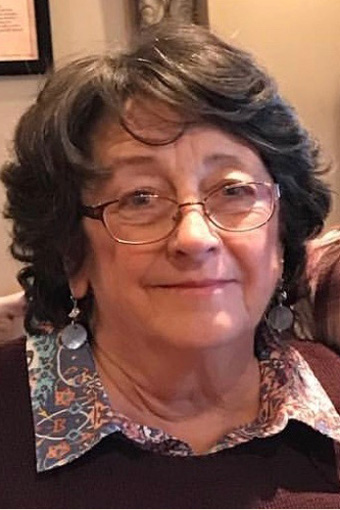 JoEllen Martha Madsen, age 64, of Plum City, WI passed away unexpectedly, in her sleep, on Wednesday, July 25, 2018 after having survived several different types of cancer in the past. She was born on April 27, 1954 in New Hampton, IA to William “Billy” and Elaine (Collins) Costigan, Jr. On January 22, 1980 JoEllen was united in marriage to Larry Edward Madsen in River Falls, WI. She worked as a secretary for Wieser Concrete, Maiden Rock, WI for many years and ended her career at the Plum City Care Center in Plum City, WI.Family was an important part of JoEllen’s life, she enjoyed collecting recipe books and baking with her grandchildren. Another of her pastimes was shopping, with QVC being her favorite place to shop. She enjoyed spending time outdoors at her country home where she could spend hours watching all the wildlife that would often come visit or tending to her flowers. She enjoyed playing cards (she spent many hours playing solitaire) and also enjoyed going on car rides.She is preceded in death by her father, Billy Costigan; her parents-in-law, Vernon and Virginia Madsen.JoEllen will be deeply missed by her husband, Larry Madsen; her daughters, Jessica (Josh) Erlandson, Mandy Madsen; step-children, Brian (Dawn) Madsen, Michele (Joe) Bartkey; her grandchildren, Payton, Shelby, Ada, Kamden, Finley, Anthony, Jake, Olivia; her mother, Elaine Costigan; brothers, Terry (Carol) Costigan, Tim Costigan; many nieces, nephews, other relatives and friends.A Celebration of Life for JoEllen will be 1:00pm on Monday, July 30th at Our Savior’s Lutheran Church, N6450 530th Street, Beldenville, WI with visitation starting at 11:00am also at the church. Interment will be in Our Savior’s Lutheran Cemetery, Beldenville.Service were entrusted to O’Connell-Benedict Family Funeral Home of Ellsworth, WI.