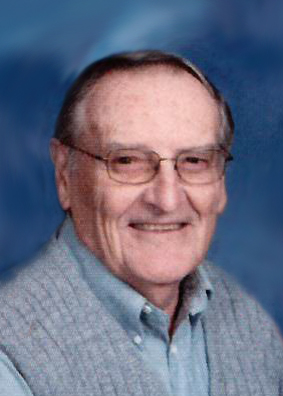 Joseph “Joe” S. Roethler, age 75 of North Washington, Iowa passed away on Thursday, June 2, 2016 at his home in North Washington.
Mass of Christian Burial will be held at 10:30 AM on Tuesday, June 7, 2016 at Immaculate Conception Church in North Washington with Father Mark Osterhaus celebrating. Burial will be held at a later date.
Visitation will be held from 4:00-8:00 PM on Monday, June 6, 2016 at Conway-Markham Funeral Home in New Hampton with a 4:30 PM Rosary and a 7:00 PM Scriptural Wake Service. Visitation will continue at the church one hour prior to the funeral mass on Tuesday. Online condolences for Joe’s family may be left at www.conway-markhamfh.com. Memorials may be directed to the family.
Joseph Sylvester was born on August 3, 1940 to Florian and Irene (Brown) Roethler in Elma, IA. He attended St. Mary’s Catholic School in North Washington and St. Boniface in Ionia, IA. After completing his education, Joe began his life long career as a farmer. On November 5, 1966, Joe was united in marriage to Mary Smith at Immaculate Conception Catholic Church in Charles City, IA. The couple lived briefly on a farm north of Alta Vista before making their home on their present farm. To this union three children were born, Mike, Jennifer and Kate.
His many hobbies included mechanical work, woodworking, turtle hunting, pheasant hunting and deer hunting. He loved restoring antique John Deere tractors, attending his grandchildren’s activities and occasionally pulling one over on his friends and family.
Joe is survived by his loving wife, Mary of North Washington, IA; his children, Mike (Dannette) Roethler of Charles City, IA, Jennifer Roethler of Des Moines, IA and Kate (Darren) Dieterich of Cedar Falls, IA; his grandchildren, Megan, Drew, Brynn, Morgan, Willie and Adie; his brothers, Richard (Mary Lou) Roethler of Fayetteville, Georgia and Ron (Shirley) Roethler of Charles City; his sister, Florine “Tootie”(Bernard) Necas of Dubuque, IA and numerous nieces and nephews.
He was preceded in death by his parents; brothers, Russ and Art; his sisters, Ramona, and Adeline and Angeline in infancy; and his nephew, Brian Necas.