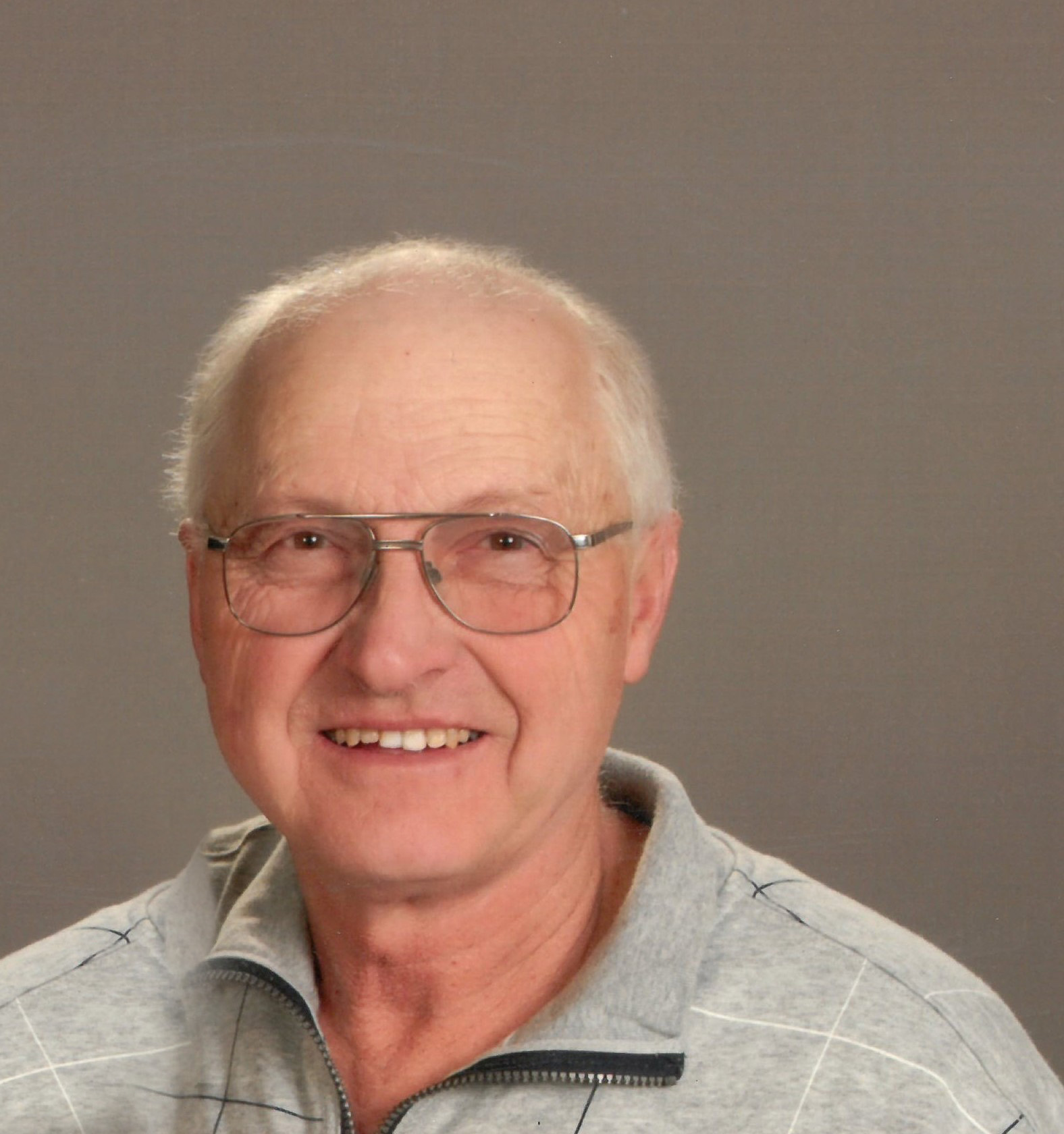 Larry Patrick Lamborn, 72, of Luana, Iowa died Friday, April 9, 2021, peacefully in his sleep at his home in Luana. Larry was born on March 17, 1949, in Waukon, Iowa, to Lloyd and Noraline (Borcherding) Lamborn. He graduated from MFL High School with the class of 1967 and attended college in Calmar, Iowa, for Farm Management.
Larry was united in marriage to Jane Clark on June 27, 1970 at St. Paul’s United Methodist Church in Waukon, Iowa. Three children, Alan, Lori and Mark were born to this union.
Larry served his country from 1968 to 1972 as a helicopter mechanic in the U.S. Navy at the Alameda Air Station in Alameda, California.  After his service, Larry returned to Iowa with Jane and baby Alan to farm with his dad.  Larry was the fifth generation on the family farm which was established in 1857.  Larry and Jane bought the family farm in 1988.  His son, Mark, joined the family farm in 2002, they established Lamborn Farms, LLC in 2005, and Mark and Jill purchased the family farm in January 2021.
Larry was a member at Living Faith United Methodist Parish in Monona where he was active for many years in the Living Last Supper with his portrayal of Thaddeus.
In the past, Larry served on the Luana Coop Board and the Allamakee County Dairy Promotion Board.  In 2018, he was honored at the Allamakee County Dairy Banquet with the Pioneer Dairyman Award and was honored alongside Mark’s family with the Distinguished Dairy Family Award.
Larry was active in his community by serving as a Franklin Township Trustee and a member of the Postville Rural Fire Board since 1992, a member of the Allamakee-Clayton Electric Cooperative Board since 1996, a member of the Dairyland Power Board of Directors since 2010 and the Luana Cemetery Association.  He was still serving in all of these positions at the time of his death.
Larry and Jane enjoyed a trip to Hawaii in 2006 with close friends, and also enjoyed traveling to the national REC meetings.  They attended their grandchildren’s school and athletic events whenever possible.  Larry loved having the grandchildren visit the farm and help feed calves.  Larry’s love of reading was passed down to several of his children and grandchildren.  This past summer, Larry and Jane had a family retreat with their children and grandchildren to celebrate their 50th wedding anniversary.
Survivors include his wife, Jane Lamborn, Luana; three children, Alan (Sandy) Lamborn, Nashua, Lori (Karl) Hoppe, Lewiston, Minnesota, Mark (Jill) Lamborn, Luana; 12 grandchildren, Ashton, Dawson, Aiden and Eden Lamborn, Cianna, Josiah and Elijah Hoppe, Brock, Blake, Avery, Jaxon and Camden Lamborn; four sisters, Linda (Dean) Bernhard, Monona, Nola Gail, Estes Park, Colorado, Noreen (Scott) Johnson, New Holstein, Wisconsin, Rita (Eric) Goettler, Central City; his sisters-in-law, Nancy (Larry) Straate, Waukon, Dianne Rissman, Postville, Carolyn Clark, Postville and numerous nieces and nephews.
Larry was preceded in death by his parents, Lloyd and Noraline Lamborn; his father-in-law and mother-in-law, Lloyd and Marilyn Clark and brother-in-law, Randy Rissman.
Visitation will be held from 4-8 pm on Wednesday, April 14, 2021 at Leonard-Grau Funeral Home and Cremation Service in Monona, Iowa. There will also be a one hour visitation before services at the church on Thursday.
Funeral Service will be at 11:00 am on Thursday, April 15, 2021 at Living Faith United Methodist Parish in Monona, Iowa with Rev. Deb Parkison as the officiant.
Burial with Military Rites will follow at Smithfield Cemetery, Monona, Iowa.
If unable to attend, the funeral will be live streamed on the Living Faith United Methodist Parish Facebook Page.
In lieu of flowers, memorials may be given to the charity of your choice.
Due to Covid-19, masks and social distancing will be required.
Leonard-Grau Funeral Home and Cremation Service of Monona, Iowa is assisting the family with arrangements.