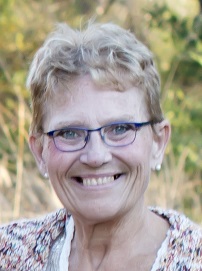 Laurie Anne Behrends, 59, of Arlington passed away peacefully, with her family at her side, on Tuesday July 12, 2016 at the Cedar Valley Hospice Home in Waterloo. Visitation will be from 4-7 p.m. on Friday July 15 at the Geilenfeld Funeral home in Oelwein.  Memorial services will begin at 10:30 a.m. on Saturday July 16 at First Baptist Church in Oelwein.  A memorial fund has been established.Laurie was born on May 21, 1957 in New Hampton to parents Charles and Laverne (Jacobson) McLennan.  She graduated from New Hampton with the class of 1975.  She later attended Nursing School in Mt. Pleasant, Texas, graduating in 1981.  On April 9, 1983 Laurie was united in marriage with Alan Behrends at Clear Lake.Laurie was a nurse at Mercy Living Plus in Oelwein for many years.  She was known for her infectious smile.  Laurie was blessed with many talents, such as quilting, gardening and more recently, painting.  She enjoyed antiquing and loved kayaking.  Most of all, she loved her grandchildren.Left to celebrate Laurie’s life is her husband Al; her children: Brad Behrends of Mason City, Matt Behrends of Mason City, Kristi (Nate) See of Hazleton, Charlene Behrends of Arlington and Alex Behrends of Arlington; her mother Vernie McLennan of Oelwein; her grandchildren: Lucas, Rylie, Alexis, Noah, Jackson, McKinzie, Emma, Cohen, Cambridge and Emri; her brother David McLennan of Coulter.She was preceded in death by her father Charles McLennan; her grandparents: Alfred and Edith Jacobson and Ovie and Caroline McLennan; her uncle Bob McLennan.