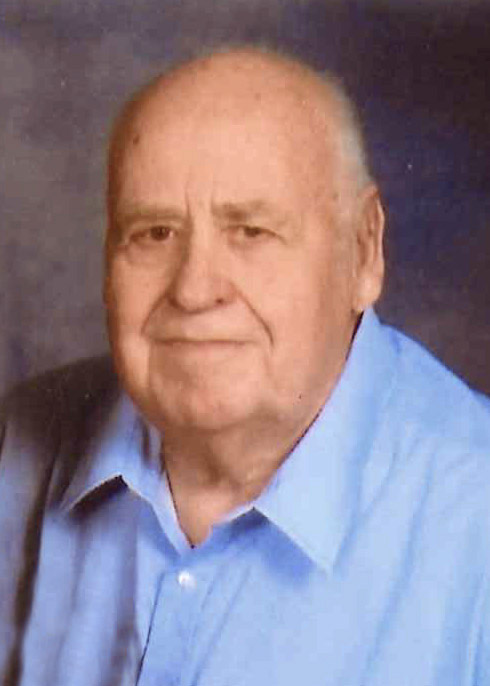 LaVern “Punk” Cerwinske, age 83, of Alta Vista, IA passed away on Tuesday, July 20, 2021 surrounded by his family at his home.
A Mass of Christian Burial will be held at 10:30 AM on Monday, July 26, 2021 at St. Bernard Catholic Church in Alta Vista with Father Jerry Kopacek celebrating. Friends and family not able to attend may join the family on Conway-Markham Funeral Home’s Facebook Page via Livestream beginning at 10:30. Burial will be held at Mt. Calvary Cemetery in Alta Vista.
Visitation will be from 3:00-7:00 PM on Sunday, July 25, 2021 at Conway-Markham Funeral Home in New Hampton, with a 2:30 PM Rosary and 7:00 PM Scriptural Wake Service. Visitation will continue at the church one hour prior to the funeral mass on Monday. Online condolences may be left at www.conway-markhamfh.com. Memorials may be directed to family.
Punk was born July 9, 1938, the son of Matthew and Agnes (Heying) Cerwinske in New Hampton. He attended and graduated from St. Bernard Catholic School. After graduating, Punk began working for Reynold Hentges as a mechanic at the DX Station in Alta Vista. While working, lunch was usually delivered by a pretty young lady by the name of Jean Burke. She caught Punk’s eye and he eventually got the nerve to ask her out for a date. This date was quite special! Punk took Jean to count his cattle herd of six cattle and took her home. It took him quite a while to ask her out for a second date, this time asking her to a movie. Wanting to see if the second date would be any better than the first, Jean reluctantly went. To everyone’s surprise, the couple were united in marriage on June 17, 1961 at Immaculate Conception Church in Elma. They made their home in Alta Vista where they welcomed their five children, Lori, Keith, Kent, Tammy, and Brenda. Punk and his brother, Matt purchased the DX from Reynold. Eventually, Punk bought the remaining portion from Matt until selling it to the Loes family. But Punk wasn’t ready for retirement just yet. He worked until his health would no longer allowed him to in 2020 with the diagnosis of cancer. On the rare occasion Punk had a spare moment he enjoyed golfing, playing euchre, and helping his children and grandchildren with projects. June 17, 2021, Punk and Jean were joined by their family as they celebrated their 60th wedding anniversary.
Those left to cherish his memory are his loving wife, Jean; his children, Lori (Darrell) Hanson of New Hampton, Keith (Marsha) Cerwinske of Mason City, IA, Kent (Theresa Wester) Cerwinske of Klemme, IA, Tammy (Jorge) Rivera of Charles City, IA and Brenda Vestal of New Hampton, IA; 16 grandchildren; 12 great grandchildren; his brothers, Matthew (Evelyn) Cerwinske of Champlain, MN, Ronald (Carol) Cerwinske of Ramsey, MN, Thomas (Barbara) Cerwinske of Indiana and Robert (Sue) Cerwinske of Lake City, MN; sister, Marlene (Roger) Blocker of New Hampshire, IL; and numerous nieces and nephews.
He was preceded in death by his parents, Matthew and Agnes Cerwinske; and, son-in-law, Dale Vestal.