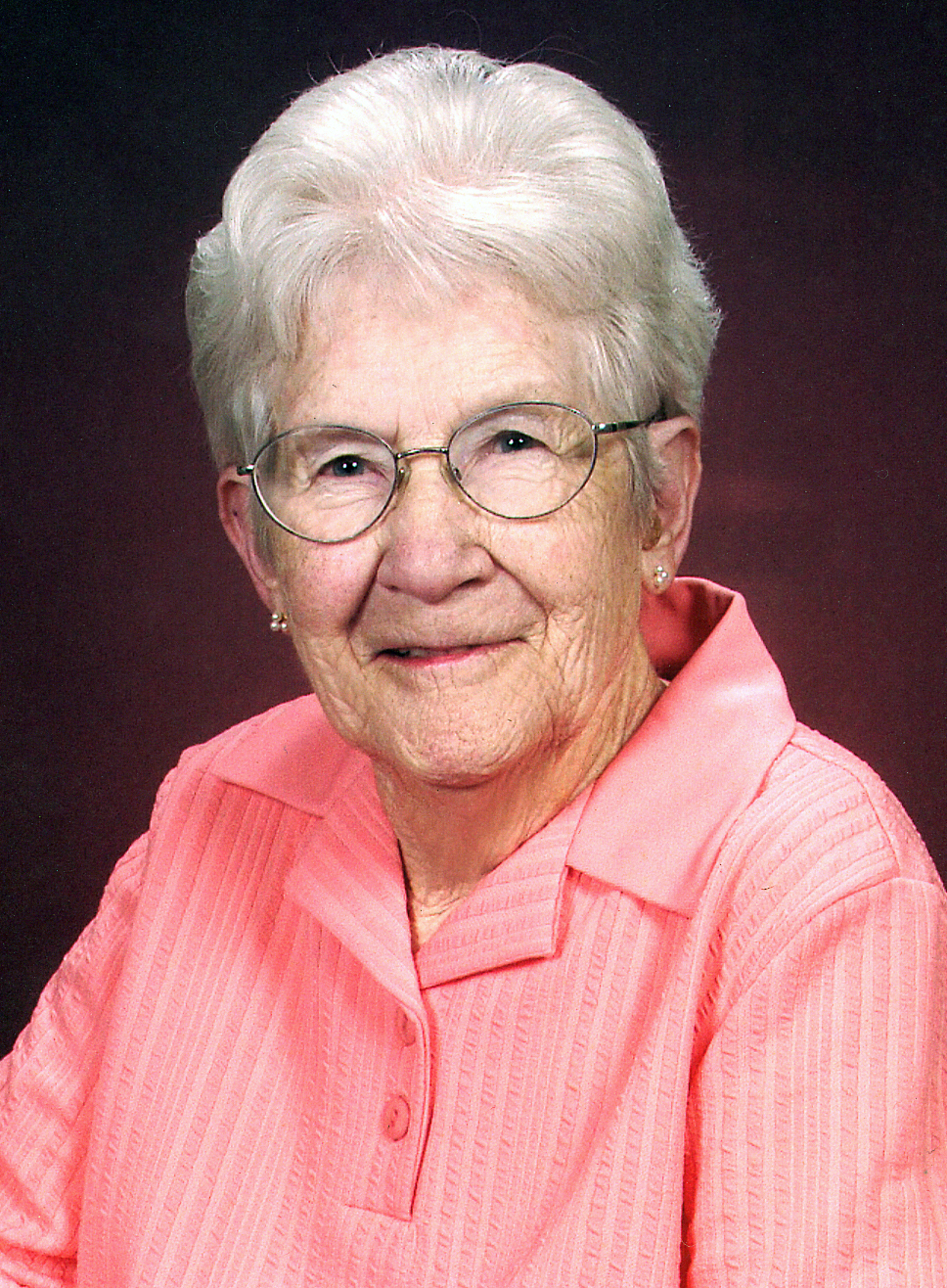 Leona H. Carter age 97 of Nashua died Sunday, June 6, 2016, at the Floyd County Memorial Hospital in Charles City.
Funeral services will be held 10:30 a.m. Thursday, June 9, 2016, at the United Methodist Church in Nashua. Interment will be in Greenwood Cemetery, Nashua.
Friends may greet the family 5 to 7 p.m. Wednesday, at the Hugeback-Johnson Funeral Home-Olson Chapel in Nashua. Visitation continues an hour prior to the service at the church on Thursday. Online condolences for Leon’a family may be left at hugebackfuneralhom.com
Leona was born July 27, 1918 east of Nashua, the daughter of Ivan B. and Frances P. (Smith) Riggs. She lived in and around Nashua all of her life where she also received her education. On Dec. 25, 1939, at the Congregational Church Parsonage in Nashua, she married Robert Sturgis Carter. To this union one son was born. Leona loved to go on bus trips, to the Senior Citizens Club, Birthday Breakfast, play cards, bingo, the game Aggravation, and go shopping with her nieces.
Survivors include one son, David (Charissa) Carter of Nashua and several nieces and nephews. She was preceded in death by her parents, her husband, Bob on October 30, 1972, four sisters, Mildred Riggs at age 6, Olive (Herman) Hatlestead, Dorothy (Mervin) Johnson, Ethel (Earl) Lantz; one brother, William Riggs.