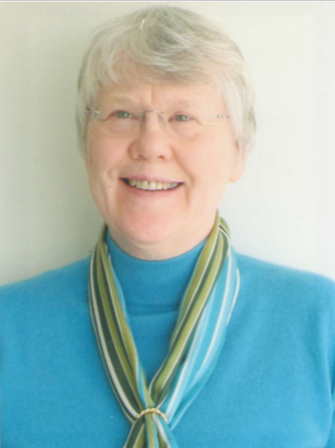 Margaret L. Burke, age 77 of Seattle, Washington, passed away on Wednesday, Feb. 19, 2021, at Virginia Mason Hospital in Seattle due to a cerebral hemorrhage suffered on Feb. 16.
There were no funeral services and her ashes were scattered at sea off the coast of Washington on March 25, 2021.
Margaret was born on Nov. 12, 1943, to Alfred and Betty (Walters) Fliger in New Hampton. She was their third child and had three brothers and one sister.
She graduated from New Hampton High School in 1962 and attained a diploma in nursing from the Allen Memorial Hospital School of Nursing, Waterloo, in 1965.
In addition to her nursing degrees, she held degrees in physiology, adult education and a Ph.D. in educational leadership from Seattle University.
Her career was devoted entirely to health care. She was a member of the Sigma Theta Tau national nursing honor society and held certifications in critical care nursing, nursing education and nursing administration. The majority of her employed years were in Washington but she also lived and worked in Iowa, California, Pennsylvania, West Virginia and Oregon in a broad variety of administrative and managerial positions in addition to a life-long commitment to hands on nursing. She was the author of numerous academic papers and publications.
Margaret developed a strong interest in technology after she acquired her first computer in 1987. She participated in development and implementation of electronic health records for two major health care systems in Seattle.

She devoted the last years of her career to providing staff education for a variety of clinical and professional computer programs before her retirement in 2013.
She married Dr. Simpson S. Burke on Aug. 24, 1971. They were married for 35 years before Sim passed away in 2006.
Margaret and Sim were ocean loving sailors at heart and even lived on a boat while working from a land-based office in California. Because of that love, both Sim and Margaret have had their ashes scattered at sea and share a memorial plaque located at the Tahoma National Cemetery in Kent, Washington.
Margaret is survived by her brothers, Dan (Pat) Fliger of Ankeny, Phil of Mitchellville, and Andy (Marilyn), Cedar Rapids; and numerous cousins, nephews, nieces, several aunts and one uncle.
She was preceded in death by her parents and sister Judy.