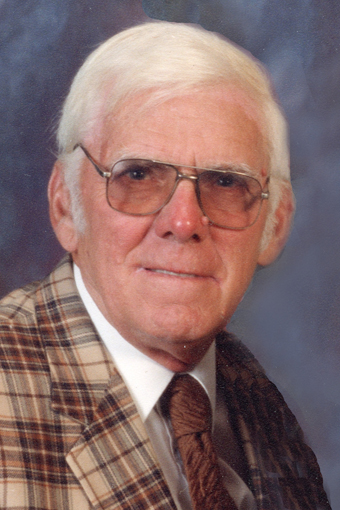 Marvin R. Westendorf age 89 of Fredericksburg, Iowa died Friday, May 4, 2018, at the New Hampton Nursing and Rehabilitation Center.
Funeral services will be held 10:30 a.m. Wednesday, May 9, 2018, at the United Methodist Church, Fredericksburg with Pastor Michael Christie presiding. Interment will be in Rose Hill Cemetery, Fredericksburg .
Friends may greet the family 5:00 - 7:00 p.m. Tuesday, May 8, 2018, at the Hugeback-Johnson Funeral Home in Fredericksburg. Visitation continues an hour prior to the service at the church on Wednesday.
Marvin Ralph Westendorf was born April 19, 1929, in rural Sumner, IA, the son of Ernest and Selma (Vandersee) Westendorf. He received his education in rural country schools. He and his brother, Alvin farmed together for over 45 years northeast of Fredericksburg. They had a dairy operation, raised hogs and farmed crops.
On July 10, 1971, Marvin was united in marriage to Janet Smith of New Hampton at the First United Methodist Church in New Hampton. To this union a daughter, Crystal was born. The couple divorced many years later but remained close friends and parents to their daughter. Marvin was an active member at the United Methodist Church in Fredericksburg where he had served on several boards throughout the years.
Survivors include his former wife, Janet Westendorf of New Hampton; one daughter, Crystal Westendorf of New Hampton; two grandchildren, Shelbie McKimmy and John McKimmy Jr.; many nieces and nephews.
He was preceded in death by three brothers, Harvey (Burneta) Westendorf, Virgil (Viola) Westendorf and Alvin Westendorf.