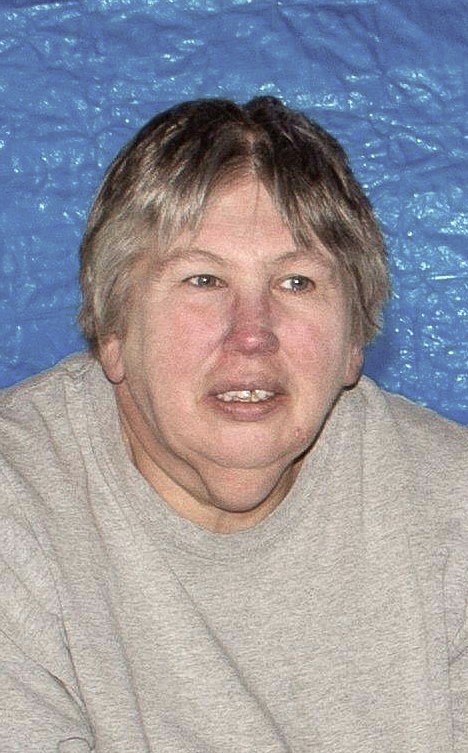 Mary Ellen Tegtmeier, age 57 of Nashua, IA, died Friday, July 16, 2021, at her home.
Friends may greet the family from 4:00 - 7:00 p.m. Monday, July 26, 2021, at Hugeback Johnson Funeral Home & Crematory - Olson Chapel in Nashua.
Mary was born on Dec. 17, 1963, to Fred and Marilyn (Elliott) Hinders and grew up in the small town of Clarksville, where she received her education.
In the early 1990s, one of Mary’s brothers-in-law introduced her to a young man named John Tegtmeier, and the two hit it off almost immediately, eventually exchanging wedding vows on July 8, 1995, and the couple settled in John’s hometown of Nashua where they had three children — Jeremy, Katie (who died in infancy) and Jill.
Mary loved her children and always made sure they had everything they needed. She enjoyed taking them on vacations each summer, and the family often visited Arnold’s Park and Adventureland, where Mary would ride the “teacups” and let her kids handle the “big” rides.
Over the years, she served as a custodian at the Nashua Post Office, City Hall, and St. Michael’s Catholic Church, and she helped her husband with various mowing jobs as well. In recent years, they helped with numerous duties during the Chickasaw County 4-H and FFA Achievement Show and the Big 4 Fair.
Mary enjoyed attending the figure-eight races and she loved playing Bingo, often heading to Ionia and occasionally driving to the Cattle Congress in Waterloo to play. She enjoyed nature; in fact, she found great peace by just sitting outside and watching the birds and squirrels visit the various feeders her husband had set up around the yard.
Mary also was a grandmother to four, and she loved being “grandma” as much as she loved being “mom.”
She was looking forward to the trip that John and she were going to take to Branson, Missouri, in a couple of weeks.
Her loss was so sudden it has left those she left behind — her husband of 26 years, her two children, those four grandchildren, and the rest of her family and friends — in disbelief, but they are appreciative of the time they had with her and know she’s at peace today.
Mary is survived by her husband, John Tegtmeier of Nashua, IA; one son, Jeremy (Desteney Williams) Hinders of Nashua, IA; one daughter, Jill Tegtmeier of Allison, IA; four grandchildren, Casey Olson, Jonathon Hinders, Kaleb Hinders, and Lynda Vasquez; two brothers, Marlin (Mary) Hinders of Clarksville, IA, Doug Hinders of Charles City, IA; one sister, Sharon (Doyle) Ramsey of Nashua, IA, along with several nieces and nephews.
She was preceded in death by her parents; daughter, Katie Marie in infancy; brother, Jerald "Jerry" Hinders; sister, Carol Ann Hinders.