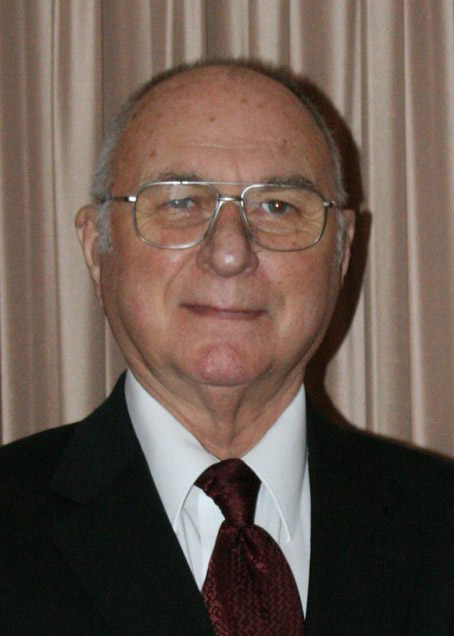 Maurice "Maurie" Randall, age 89, of New Hampton, passed away on Tuesday, July 27, 2021 at Cedar Valley Hospice in Waterloo, IA.
Per Maurice’s wished a private family graveside service will be held at a later date at New Hampton Cemetery in New Hampton.  Online condolences may be left at www.conway-markhamfh.com.  Memorials may be directed to the family. Conway-Markham Funeral Home is assisting the family with arrangements.
Maurice D. Randall was born on November 14, 1931, the son of Virgil and Inez (French) Randall. He married the love of his life, Marilyn, on July 16, 1954, and moved to El Paso, Texas, where Maurice served in the US Army. After Maurice’s honorable discharge, the couple returned to Iowa to be closer to family and to raise their three children, Julie, Jolynn and Dean.
Maurice was employed as a truck driver with Elliot Brothers. He took a few years off from truck driving to work at Gage Plumbing & Heating in New Hampton, and then returned to driving semi. He enjoyed several years volunteering at Conway-Markham Funeral Home. Maurice also volunteered at his church and for Meals on Wheels.
Those left to cherish his memory are his children, Julie (Mark) Nemmers of Spencer, IA; Jolynn (Gary) Snyder of Denver, CO; and Dean (Tammy) Randall of New Hampton, IA; their grandchildren; great-grandchildren; one sister, Delores Wilson; in-laws Cathie Randall, Phyllis Willadsen, Donna and Gene Ritchmond, Larry and Doris Hibbs, Marsha and Jerry Whitnable, Karl and Jeanne Hibbs, and Paul and Patti Hibbs; and numerous nieces and nephews.
Maurice was preceded in death by his wife, Marilyn in 2019; brother, Eldon; parents; grandson, Adam Liddle; and brother-in-law, Peter Willadsen.