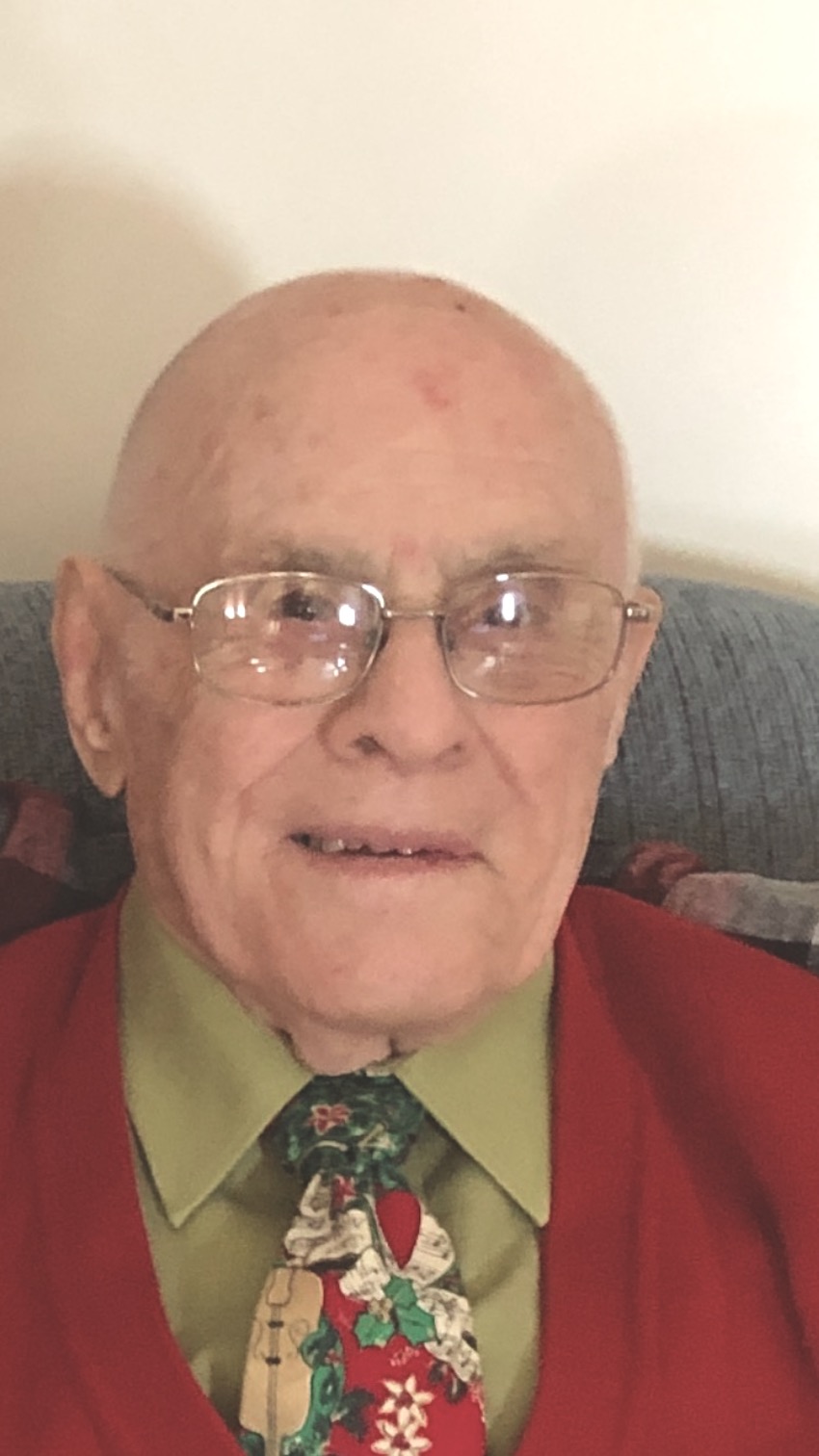 Merle Francis Roths, 97, passed away peacefully Monday, February 8, 2021, at the Vinton Lutheran Home.
Graveside services will be held at Evergreen Cemetery in Vinton at a later date. Van Steenhuyse-Russell Funeral Home is caring for Merle and his family. Condolences may be left at www.vsrfh.com.
Merle was born Jan. 8, 1924, in rural Ionia, Iowa, the son of Alfred M. and Caroline E. Arnhalt Roths. He was baptized and confirmed in the Catholic faith in Ionia. He graduated from New Hampton High School in 1942. On September 15, 1948, Merle was united in marriage with Evelyn Jane McIntyre at St. Mary Catholic Church in Vinton. Merle farmed for three years in New Hampton. He later moved to Vinton and farmed on the Whitmore farm for seventeen years.
He later owned and operated Roths Dx Oil Company for 21 years. After retiring, he worked for the Ford dealership and Century 21 Real Estate. Merle was an avid sports fan. He was a state champion wrestler in high school and was inducted into the Iowa Wrestling Hall of Fame in 2019. He enjoyed traveling to see family, playing cards at the Senior Center and dancing every Friday night in Independence with Evelyn by his side. He was a member of St. Mary Catholic Church in Vinton and was a charter member and was very active in Knights of Columbus. He was also a past member of the Daybreakers Kiwanis.
Merle is survived by his wife of 72 years, Evelyn, of Vinton; son Michael (Jolynn) Roths of Stevensville, MT; sister Imelda Krall of Charles City; grandchildren Chad (Conny) Houk, Missoula, MT; Trinity (Bob) Houk, Missoula, MT; Shawna (Mark) Fesler, Lolo, MT; Tanna (Erik) Hayward, Stevensville, MT: eight great-grandchildren; and one great-great-grandson. He is also survived by former daughter-in-law Becky Holst, Duluth, MN and son-in-law David Isbell, Vinton. He was preceded in death by his parents; son, Bruce (1979); daughter, Sheila (2010); sister, Eileen Ball; and brothers, Delbert, Vincent and LaVern Roths.