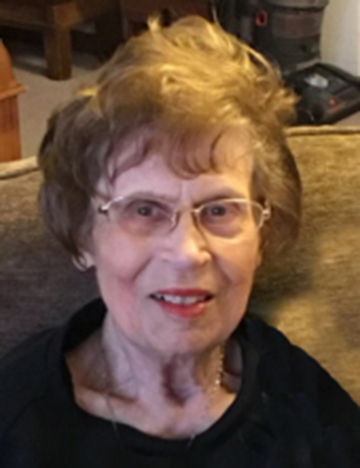 Hugeback-Johnson Funeral Home and Crematory in New Hampton has been entrusted with the services. Online condolences for Hazel’s family may be left at hugebackfuneralhome.com.

Hazel was born on Oct. 19, 1931, the only child of Tollef and Thelma (Hansen) Knutson, on her family’s farm in Howard County, Iowa.

She attended country school in the Jerico area and then lived with her Aunt Hilda and Uncle John in New Hampton when she transferred to New Hampton High School, where she was an excellent student who had the discipline and drive to succeed in whatever she tackled.

Hazel attended Bethany Lutheran College in Mankato, Minnesota, before receiving her bachelor’s of nursing degree from the University of Minnesota in Minneapolis. After graduating from the U of M, she embarked on a remarkable career that first took her to St. Joseph’s Hospital in New Hampton, Iowa.

She would go on to work as a medical pool nurse floating to numerous hospitals in the Twin Cities, as a nurse at a hospital in Waconia, Minnesota, before she and seven other nurses founded the Visiting Nurses Association that provided home health care services in the West Salem, Wisconsin, area.

Her children remember growing up with a mom who was a devoted Christian, disciplined yet compassionate, intelligent, a music lover, and proud of her Norwegian heritage. From an early age, they knew they had a mother who was in many ways a pioneer who set high standards for herself and her children and worked hard to achieve whatever goal she was striving to attain.

Later in life, Hazel met Kenneth Schweiger, a caring and thoughtful man, and the two became friends, began dating and were married in 1975, beginning a marriage that lasted for 40 beautiful years.

It was Ken who called her “Missy,” and she loved the affectionate nickname and adopted it.

They were the grandparents to 24 and the great-grandparents to many, and Missy loved spending time with all of them, often driving to Minneapolis to babysit them and to watch their sporting and other events and she always packed bakery treats for them.

Missy loved music and had a beautiful voice, singing in choirs in college and playing a wide variety of music throughout her life. She always had music playing and listened to a variety of musicians ranging from Conway Twitty to Frank Sinatra to Johnny Cash to Glenn Miller to Engelbert Humperdinck. She also loved to dance, a love she found as a girl growing up in Northeast Iowa that was home to ballrooms like the Inwood in Spillville.

Missy and Ken loved their trips to Florida’s Sanibel Island, and they both had a passion for sea-shelling.

Even as Missy approached the age of 90, she always remained young at heart. She didn’t want to sit at the “old people’s table;” instead, she never lost her zest for life. She had a quick wit, and she could be snappy and sassy but you knew she always loved you and that she was always in your corner.

She was a student of the Bible and a devoted Christian who was active in her church - Christ Lutheran in West Salem.

This wonderful woman’s life was one filled with love and accomplishment, and she was a remarkable role model for so many - two of her granddaughters followed in her footsteps and became RNs. Her loss leaves a void that can’t be filled. Yet, those who knew and loved her know that she is at home with her Lord and Savior and they take comfort in the faith that she lived for almost 90 years here on Earth.

She is preceded in death by her parents and husband Ken Schweiger.