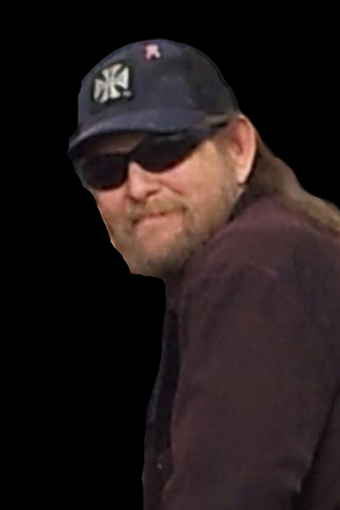 Friends greeted the family from 11 a.m. to 1 p.m. on Monday at the funeral home.

Randy was born on Jan. 1, 1956, in Hampton, the son of Dallas Funnell and Shirley Kriens. He was the oldest of three brothers.

He attended school in Dumont and graduated from Dumont High School in 1974. As a young kid, Randy enjoyed fishing and different outdoor activities.

Randy and his brother Marty spent over 20 years installing and resurfacing hardwood floors. They worked together well and had a lot of fun doing it. Randy also worked as a mechanic and self-proclaimed P.R. man for the American Sled Shed in Plainfield.

In his later years, Randy enjoyed spending time with his family/friends playing poker and working on his chopper. Building and drag racing his shovelhead was always one of his favorite things to do.

Randy was a jack of all trades and loved to help any way he could.

He will be missed by
many and remembered for his ability to tell a story, his sense of humor and love for his family.

He was preceded in death by his grandparents, Orville and Dorothy Funnell; father, Dallas Funnell; step-father, Fred Evans; and one brother, Scott Evans.