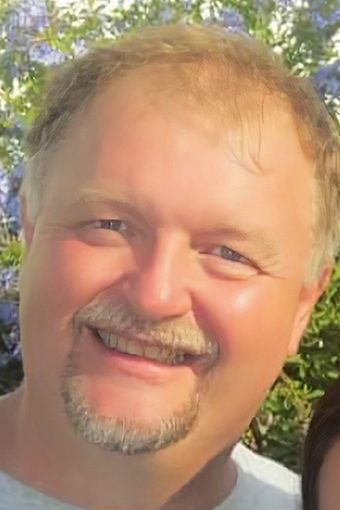 Kenneth Michael Ungs was born on March 6, 1954 at St Joseph’s Hospital in New Hampton. His parents were Bob and Dolores Ungs.

The family moved to Readlyn in 1963, and he graduated from Wapsie Valley High School in 1972.

He moved to California in 1982. He worked for Ralph’s Grocery Store until he retired.

He married Debra Dancel on Dec 10, 2010. They moved to Texas last year. He loved the Lord, his family and the Hawkeyes.

He is survived by his mother, Dolores Ungs; his brothers, Bob (Carol) Ungs of California, Kelly (Janet) Ungs of Minnesota, and Jeff (Kelli) Ungs of Florida; and his sister, Mary Lou Ungs of Iowa.

He was preceeded in death by his dad, Bob Ungs; and his first wife Maureen Ungs.

Burial will be at Calvery cemetery in New Hampton at 4.