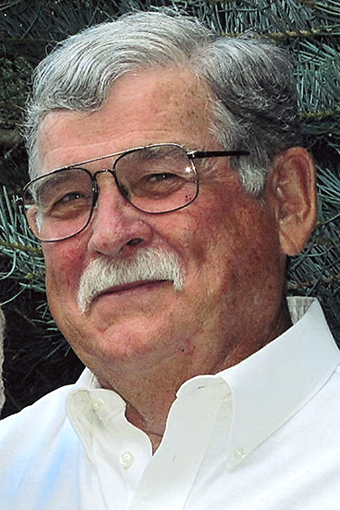 Private family visitation and funeral services will be held. Hugeback-Johnson Funeral Home and Crematory have been entrusted with arrangements. Online condolences for the Snyder family may be left at hugebackfuneralhome.com.

David M. Snyder was born on Jan. 28, 1939, in Charles City. He was the second of the five children born to Bertrand J. Snyder Sr. and Ellen (Kielty) Snyder and grew up in Charles City.

He received his schooling at Immaculate Conception Catholic School, and he was a member of the school’s Class of 1957.

After high school, David enlisted in the U.S. Army and was trained as a medic, and one of the bases he was assigned to was in Alaska, which at that time was still a territory. He served his country for three years and was honorably discharged with the rank of Specialist 4.

David returned to Iowa, took a job at John Deere and rented an apartment in Waterloo, which turned out to be a fortuitous decision because the apartment house manager would become his wife.

David and Beverly Jesse were married on Aug. 31, 1961, by a justice of the peace conducting his first wedding, in Carroll County. The couple helped the man through the service — he kept calling David “John Doe” and Beverly “Jane Doe” and he signed his title as “justice of the piece”— and began a marriage that was filled with love and memories for more than 60 years.

The couple first lived in Carroll County, where David helped his father with his landscaping business, and the newlyweds also helped raise his brother and sister. The Snyders moved to New Hampton in 1964, and David soon began selling life insurance for Bankers Life of Des Moines, which later became Principal.

He was an outstanding agent — winning numerous awards throughout his long career. David was the youngest salesperson in the history of the company to make the company’s $1 million roundtable for 20 straight years and he was honored at numerous conventions around the country. But what made David such a good agent was his attention to his clients. He serviced every policyholder like that customer was a part of his own family.

David and Beverly had two children — Michael and Robert — and the boys had a father who was a great teacher … at least most of the time. He taught them how to ride bikes, shoot, hunt, and fish, and he loved “running” his hunting dogs. One of the funniest stories in the Snyder house came when David taught Michael how to ride a bike. David didn’t believe in training wheels; after all, how is a kid going to learn to ride a bike with training wheels? It took a few tries, but Michael finally got going. The only problem, however, was David never went over the “stopping” part of bike riding so Michael had to grab a barbed-wire fence to stop.

Make no mistake about it, though, David would have done anything for his boys, and he taught them the value of hard work and integrity.

He coached Little League baseball, and David believed that every kid should have a chance to play in every game. He wasn’t there necessarily to win but to mold young people into being part of a team. He also loved playing softball in New Hampton’s city league.

He also taught them the importance of giving back to your community, for David was a longtime member of the Jaycees and the Lions Club, and always willing to help with community and charity projects.

David also enjoyed playing handball and he was running at the Y before running was a “thing.”

He was a member of the Elks and Moose clubs, and he also enjoyed owning the Community Civic Center in Ionia. David and Beverly purchased the building around their 40th anniversary, did extensive work on it and, when it was completed, taught country-western and ballroom dancing lessons.

He loved the outdoors and, as a member of Trees Forever, he did his part, planting numerous trees on the family’s property in New Hampton.

David was the proud grandfather to 10 grandchildren and seven great-grandchildren, and he loved spending time with them and teaching them life lessons.

He was a man of many talents and contributed so much to the people he loved, his insurance clients, and his community, and he will be dearly missed by so many.