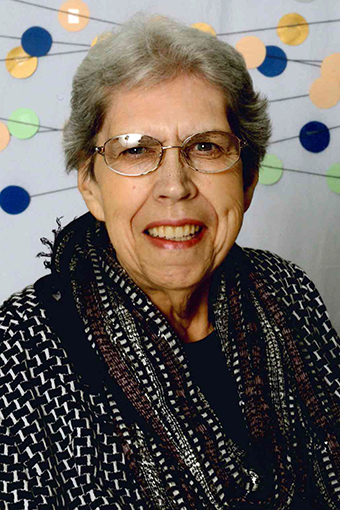 Burial will be held at St. Boniface Cemetery in Ionia.

Online condolences for Rita’s family may be left at www.conway-markhamfh.com.&nbsp; Memorials may be directed to the family for a later designation.

Rita Ann was born Feb. 6, 1939, the daughter of John and Johanna (Hoffman) Jacobs in New Hampton.

She attended school at St. Mary’s in North Washington.

While attending a dance in Lawler, Rita met the love of her life, Leo Rasing.  The couple was united in marriage on April 25, 1956, at Immaculate Conception Church in North Washington.

Rita and Leo made their home on the Rasing Farm and welcomed their eight children — Joyce, Karen, Linda, Ken, Jim, Kevin, Melvin and Bob.

While raising her family, Rita worked outside the home at Bemiss Bakery in New Hampton.  She also obtained her CNA license and worked at New Hampton Care Center and Floyd County Memorial Hospital.

Her most important role and true joy was being a wife, mother, and grandmother.  Together, Rita and Leo were an example of faith and love for their family.

She enjoyed playing cards, cooking, baking, traveling across the United States and wintering in McAllen, Texas.  Rita and Leo were members of St. Boniface Catholic Church in Ionia.