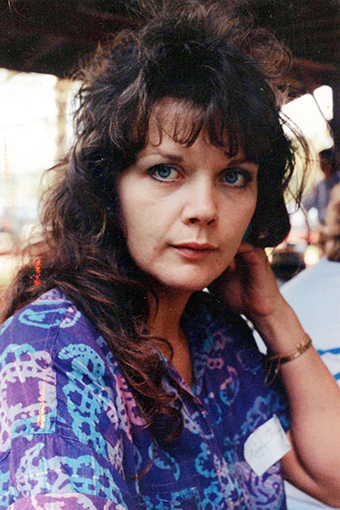 Kathie Ann Steege, age 66 of New Hampton, fell asleep in death peacefully with her husband and daughter by her side on Wednesday, Oct. 20, 2021, at MercyOne New Hampton Medical Center.

The funeral service was held Saturday, Oct. 23, 2021, at 1 p.m. via Zoom and included a short video commemorating Kathie’s life.

Hugeback-Johnson Funeral Home and Crematory has been entrusted with arrangements.  Online condolences for Kathie’s family may be left at hugebackfuneralhome.com.

Kathie was born on March 10, 1955, to George and Evelyn (Bruening) Opperman in West Union, and she grew up on a farm outside of Hawkeye.

She attended elementary school in Hawkeye and was a 1973 graduate of West Union High School.

Kathie met Max Steege in 1979, and the couple exchanged wedding vows on August 16, 1980, at Trinity Lutheran Church in New Hampton.

They were the proud parents of Jayme, Joe, and Nicole. They always felt loved and respected by a mother who was always ready to help you through your troubled times. In addition, she cared for her parents in their later years

Kathie would enjoy going to visit her daughter-in-law “daughter” and they would rise before the sun just to look through interior design magazines for ideas to implement in her home.

Another one of Kathie’s passions was hunting for antiques, whether it be searching through an antique store or spending an entire day at an antique auction hoping for that special item at a bargain price.

Kathie absolutely adored the time she spent with her 12 grandchildren and three great-grandchildren, and simply put, she was an amazing grandmother.

Later in life, health issues did not stop her from taking up a new art medium, Pastels, and she created many beautiful drawings in chalk that were as vibrant and full of life as she was. She also recently illustrated a children’s book about a fish named George, and she was quoted later as saying, “I hope I never have to paint another fish in my life.”

After years of studying the bible, Kathie was baptized as one of Jehovah’s Witnesses and enjoyed sharing with others the truth she learned. One of her favorite scriptures can be found in Revelation 21:3-4, which reads, “Look! The tent of God is with mankind, and he will reside with them, and they will be his people. And God himself will be with them. And He will wipe out every tear from their eyes, and death will be no more, neither will mourning nor outcry nor pain be anymore. The former things have passed away.”

She was preceded in death by her parents; one sister-in-law, Cathy Opperman.