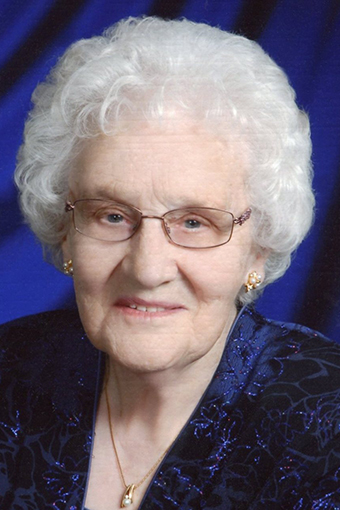 Lucille Kruse, age 95 of Norwalk and formerly of Waucoma, died Thursday, Oct. 28, 2021, at Edencrest at the Legacy in Norwalk.

A Mass of Christian Burial was held at 11 a.m. Monday, Nov. 1, 2021, at St. Mary’s Catholic Church in Waucoma with the Rev. Nick Radloff celebrating the Mass.

Lucille Angela (Hageman) Kruse, daughter of Nick and Rosalia (Imoehl) Hageman was born Oct.  5, 1926, in Winneshiek County near Festina. She was baptized, confirmed, and married at Our Lady of Seven Dolors Church in Festina. She received her education at St Mary’s School in Festina.

On October 25, 1950, Lucille was united in marriage to John Kruse. To this union, four children were born. They farmed in the area for 54 years.

Lucille was compassionate, determined, resilient, and selfless! She received great joy from sharing her gifts of time and talent with those in need.