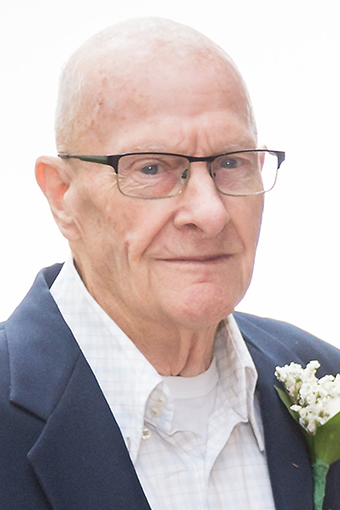 Burial was at Mount Olivet Cemetery, Waterloo, with military rites by the Iowa Army National Guard and Evaansdale AMVETS Post No. 31.

Vitiation took place from 11 a.m. until the time of the service on Friday at the funeral home.

Ray was born on April 24, 1935, in Ionia, the son of Frank and Letha Bucknell Jenn and graduated from St. Boniface Catholic School in 1953.

He joined the United States Army and served during the Korean War (1957-1959) and then stayed in the Army Reserves (1959-1963). While in the Reserves, Ray worked construction building the Coralville Reservoir Dam.

He began his tool & die apprenticeship at Chamberlain Mfg. and then worked at Precision Tool & Die. In 1972, Ray went to work for Schoitz Engineering and retired in April 2000.

He is preceded in death by his wife, Mary; five brothers, Virgil, LaVern, Norbert, Donald and Ralph; and a sister, Elaine Krull.