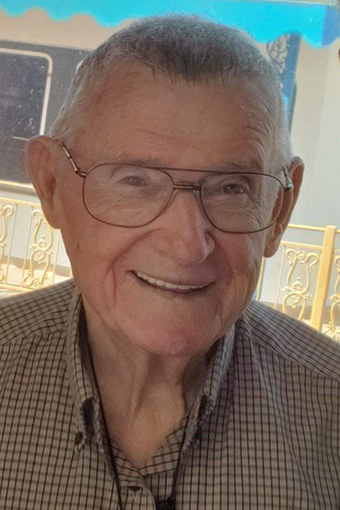 A private family funeral service was held on Saturday, Dec. 11, 2021. Online condolences may be left at www.conway-markhamfh.com. Memorials may be directed to the family.

Laverne Frederick was born Dec. 20, 1933, the son of Samuel and Leota (Peters) Whitney in Horton.

After completing his education, he began his lifelong career in sales.

Laverne was united in marriage to Phyllis Briggs. The couple welcomed two daughters, Michelle and Melissa. They later divorced.

He met and was united in marriage to Charlotte Goodlove and made their home in Marion prior to moving to Minnesota.  Laverne welcomed and adopted Charlotte’s daughter, Julie and added their three children to the family, Mike, Neil and Rachel. The couple later divorced.

Laverne returned to Iowa where he met Patricia Coughlin-Fike. The couple was united in marriage in 1979 and made their home primarily in Iowa. Laverne and Patricia blended their two families adding, Randy, David, Debbie, and Rachel.

He was preceded in death by his parents; his wife, Patricia in 2017; his sisters, Mary Whitney and Evelyn (Rolland) Dewey; and his brother, Don (Lucy) Whitney.