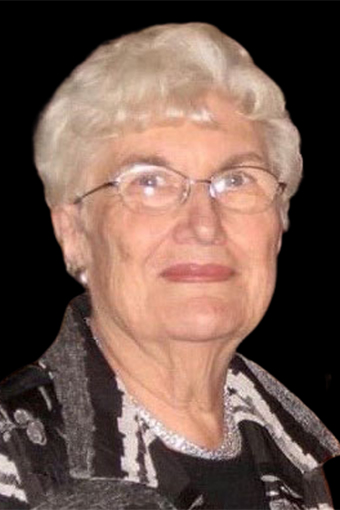 A Mass of Christian Burial was held at 10:30 a.m. Friday, Dec. 31, 2021, at Our Lady of Mt. Carmel Catholic Church in Lawler with the Rev. Nick Radloff officiating.

Interment was held at St. Marys Cemetery in Little Turkey.

Friends greeted the family from 3 to 7 p.m. Thursday, Dec. 30, 2021, at Assumption of the Blessed Virgin Mary Catholic Church in Little Turkey, where there was a 7 p.m. Parish Scripture Service. Visitation continued an hour prior to the Mass at the church in Lawler on Friday.

Hugeback-Johnson Funeral Home and Crematory has been entrusted with services.

Lucille was born on March 11, 1932, the fourth oldest of 10 children, to Frank and Helen (Schwickerath) Gebel at their farm near North Washington. The family moved to Lawler, where she graduated from Lawler High School in 1950.

After graduation, she met and married Francis Reicks. They made their home on a farm west of Little Turkey. They raised their 11 children in a faith-filled home, where each learned the value of working hard to reach their goals.

Lucille will be remembered for her work ethic, deep religious faith, home-cooked meals, homemade bread, and pies, huge garden, and ability to can and freeze enough food to last the year, her not-so-perfect haircuts, and numerous embroidery and sewing projects.

She was a member of Assumption of the Blessed Virgin Mary parish, the Rosary Society, and various card clubs.

Lucille gave her whole life to others as a wife, mother, grandmother, great-grandmother, sister, friend, and diligent servant of faith. We will carry her memory in our hearts, and try to live up to the example she set for us.