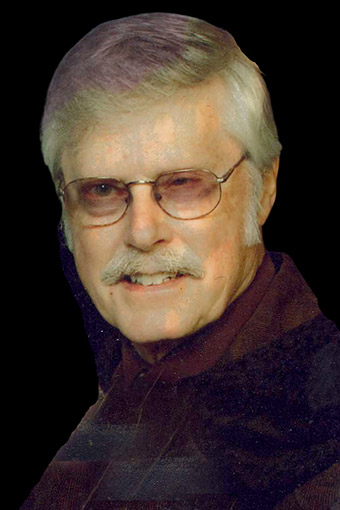 Interment was in the Alexander Cemetery, Alexander, at 1:30 p.m. Monday.

Friends greeted the family from 9 to 10:30 a.m. Monday at the funeral home.

Leroy was born on Sept. 16, 1938, to Leslie and Letha Bobst on the family farm near Alexander. He grew up on the farm with his two brothers and one sister and helped his parents with a variety of chores — ranging from milking cows to helping in the fields.

He received his education at Alexander Consolidated High School and after graduating with the Class of 1956, he enlisted in the National Guard and served his country for two years as an ammunition storage specialist.

As a student in Alexander, Leroy met Karen Dirksen, who was a year behind him in school, and the two fell in love and were married on Jan. 3, 1957, at the Alexander Reformed Church.

The couple lived in the Hampton area and welcomed two sons — Jeff and Justin — and the Bobst boys had a dad who was quiet but firm. Put it this way: Leroy was the kind of man who had a way of getting his point across!

The Bobst family moved to New Hampton in the mid-1960s, and Leroy worked as an accountant for 43 years with F/S Farm Services.

He loved fishing — Karen and Leroy were always trying to “out-fish” the other — bowling, swap meets, car shows, and NASCAR races, but more than anything, Leroy loved spending time with his family and friends. Later in life, he was blessed with six grandchildren and six great-grandchildren, and they all had Grandpa wrapped around their fingers. Simply put, he spoiled them; anything they wanted was theirs if he could help it.

He was an active member of New Hampton’s United Church of Christ and he served as the church’s bookkeeper for decades.

Leroy and Karen also loved to travel and enjoyed their church bus trips to places like Branson, Missouri, and he loved spending time at his house on Rainy Lake in International Falls, Minnesota.

When Karen passed away in 2016, he moved to his lake home and lived there during the summers, and wintered with his son and his wife in Apache Junction, Arizona.

For more than 83 years, Leroy was many things to many people. He was a hard-working son, a man who served his country, a meticulous accountant, and a fisherman, but he will always be remembered for the love he showed his wife of 60 years, his two sons, and his 12 grandchildren and great-grandchildren. They will greatly miss him, but he has left them with an array of wonderful memories they will cherish forever.

He was preceded in death by his parents, Leslie and Letha Bobst; his wife, Karen; a brother-in-law, Robert Dirksen; a sister-in-law Lynette Bobst; and his mother and father-in-law, Marie and Louis Dirksen.