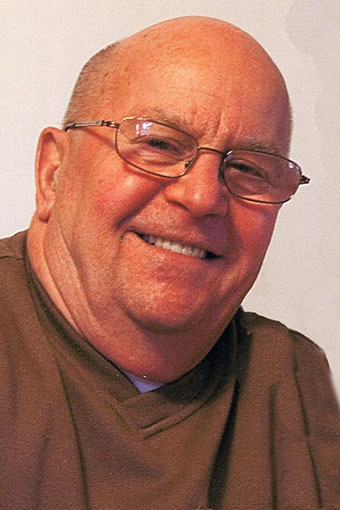 The funeral service will be held at 1:00 p.m. Thursday, February 10, 2022, at Hugeback-Johnson Funeral Home & Crematory -- Olson Chapel in Nashua, IA. Interment will follow at Greenwood Cemetery in Nashua.

Friends may greet the family from 10:30 a.m. - 1:00 p.m. on Thursday before the service at the funeral home in Nashua.  Online condolences for the Fisher family may be left athugebackfuneralhome.com

He was a part of a big family — Blaine had 10 siblings — and received his education at Nashua schools. He was a member of the Nashua High School Class of 1948.

Blaine liked to stop in at a Nashua restaurant owned by Bertha Tagesen, where her daughter, Marlene, worked as a waitress and always seemed to give Blaine big scoops of ice cream to go with his pie. The attraction was mutual and immediate, the two began dating, fell in love, and were married on Jan. 26, 1951, at the Little Brown Church.

The Fisher family grew to include four children — Christine, Vicky, Sandra, and Bradley — who had a fantastic father. He was a provider, protector, and playmate. They fondly recall the hikes they took with their dad, how he taught them to swim in the river, the games he played with them, and the support he gave them in all their sports and school activities.

Blaine did a tool and die apprenticeship at Oliver Tractor in 1950, and he remained at the plant — which later became White Farm — for 42 years before he retired. He enjoyed the camaraderie the employees had and made many lifelong friends at the Charles City plant.

Blaine and Marlene loved to dance and spent many a night on the dance floor at the Moose Lodge in Charles City, where both were active members for many years. They were huge fans of the band “Endless Summer” and rarely missed a show the band put on in the area.

After Blaine retired, he and Marlene traveled all over the country, and they loved visiting new places and making new friends.

They also were exceedingly proud of their grandchildren and great-grandchildren, and Blaine was just as good as a grandpa as he was a dad. He loved being a part of their lives and spending time with them.

Blaine lived a long and remarkable life. He was a loving and supportive husband to his wife of 68 years and he touched the lives of so many — especially his children, his grandkids, and his “greats” — throughout his life. Those he left behind have many great memories to sustain them, and they know that today, Blaine and Marlene are once again dancing together in Heaven