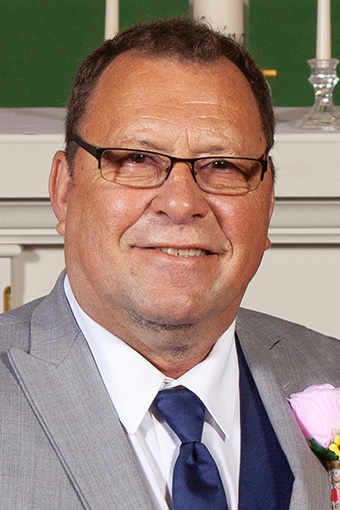 Visitation will be held from 4:00-7:00 PM on Thursday, April 7, 2022 at Conway-Markham Funeral Home in New Hampton, IA and will continue at the church one hour prior to the funeral mass on Friday.  Online condolences for Kenneth’s family may be left at www.conway-markhamfh.com.&nbsp; Memorials may be directed to the family.

Kenneth Raphael was born May 23, 1956, the son of Francis “Mike” and Arlene (Schwickerath) Heying in New Hampton.  He attended and graduated from New Hampton High School.  While in high school and at the Town and Country Mixer in Alta Vista, Ken met his high school sweetheart and love of his life, Luann Zeien.  After completing his education, Ken began working as a backhoe operator for Henry Suhr, and Schwickerath Tiling.  Ken and Luann were united in marriage on April 23, 1977 at Immaculate Conception in North Washington.  The couple made their home outside of North Washington on a farm where they milked cows, raised livestock, and crops.  Through the years, they welcomed their children, Derek, Jackie and Lucas.  Ken worked at Bay Valley Foods for 17 years and most recently part time at Trimark until his eye sight failed him.

He enjoyed so much of life, whether it was camping, canoeing, dirt biking, wrenching on machinery and tractor pulling.  Together, he and Luann, taught their children what hard work was really about and how to truly enjoy the down time with family and friends, playing cards, especially Euchre, checking crops and Ranger rides with the grandchildren.  Ken was known as the master of breakfast and the grill but most certainly not cleaning up.  Ken and Luann would have celebrated their 45th wedding anniversary on April 23, 2022 and have so many memories to look back at and celebrate.  Together, spent much time snowmobiling and golfing.