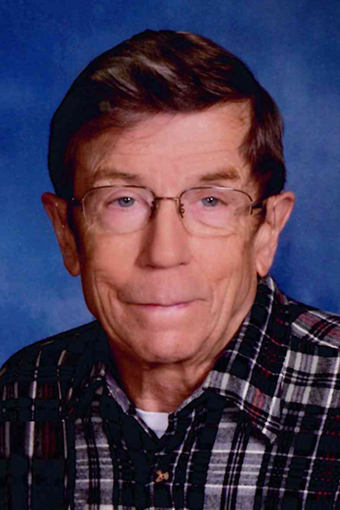 Visitation will be held from 4:00-7:00 PM on Sunday, June 19, 2022 at Conway-Markham Funeral Home in New Hampton and will continue at the church one hour prior to the funeral service on Monday. Online condolences may be left at www.conway-markhamfh.com. Memorials may be directed to the family.

Lee Walter was born October 27, 1940, the son of Walter and Arlene (Platt) Stover in New Hampton, Iowa where he attended and graduated from New Hampton High School.

After completing his education, Lee worked for Jack and Jill’s before beginning his career with Oliver in Charles City, IA.

On September 27, 1964, Lee was united in marriage to Marilyn Mattke at St. Paul’s Lutheran Church in Fredericksburg, IA. The couple made their home in New Hampton where they welcomed their three children, Gary, Lori and Michael.

In his spare time, Lee enjoyed camping with his family and friends, cheering on his Iowa Hawkeyes and New Hampton Chickasaws.

He was the family historian documenting genealogy. His family was his pride and joy. He thoroughly enjoyed spending time with them and hearing about all of their accomplishments. Lee was a member of Trinity Lutheran Church in New Hampton.

He was preceded in death by his parents, Walter and Arlene and Marilyn’s parents, Glenn and Malinda Mattke.