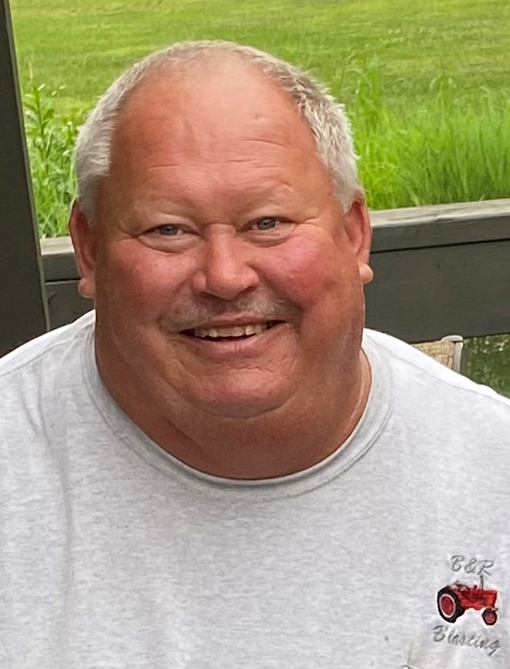 The service was streamed at https://foveo.stream/hugeback-johnson/bruce-ray-flatjord.

Friends greeted the family from 4 to 7 p.m. Thursday, Nov. 3, 2022, at Hugeback-Johnson Funeral Home & Crematory in New Hampton. Visitation continued an hour prior to the service at the church on Friday.

Bruce was welcomed into the world on Nov. 29, 1955, by his parents, Neal “Tucker” and Lorraine (Clites) Flatjord in New Hampton. He was the second oldest of the couple’s six children and grew up on the family farm — helping his parents with chores ranging from milking cows to working in the fields — near Jerico.

He attended school in New Hampton and was a member of the Class of 1975 at New Hampton High School.

Bruce loved farming and had his own dairy herd until a fire destroyed his milking barn in 1995, but here’s the deal about Bruce, he had a knack for always re-inventing himself. He wasn’t the kind of guy who ever felt sorry for himself; instead, Bruce plowed ahead to the next chapter in his life and did so with that patented Bruce Flatjord smile.

He worked hard throughout his life. In addition to farming, he worked various other jobs, helped his neighbors and, after the fire, Bruce began his adventure with B&R Sandblasting.

But work, in some ways, was just a small part of his life because his priority was always his family. He married Ann Martin on April 7, 1984 bringing together her and his two daughters Jamie and Jessica. Christina and Amanda soon followed to complete his remarkable family.

Bruce and Ann were married 38 years, and they shared a very special relationship that was one of a kind.

He loved his daughters — Jamie, Jessica, Christina, and Amanda — and they will always fondly recall those impromptu fishing trips, the bonfires,
and the time they spent with Bruce.

What Bruce could do so well was connect with people, and although his grandchildren range in age from 4 months to 19 years, he found a unique bond with each one of them. Put simply, he was a “great” grandpa.

Bruce had a wonderful personality, one filled with curiosity and happiness. He enjoyed fishing and hunting, playing the slot machines at the casino, and coming up with the perfect prime rib or food on the grill.

He faced many challenges in his life. He was diagnosed with Multiple Sclerosis in 1996 and adapted to his new world.

If you really want to know Bruce’s outlook on life, it was the way he reacted to learning he had terminal liver cancer in May 2022 that tells you what kind of man he was. He didn’t pity himself. Instead, he made it a summer his wife, children, grandchildren, broader family and friends will never forget. They went fishing, attended fish fries, sat around numerous bonfires, cut a lot of wood, and stopped at a casino or two.

And all the while, that Bruce Flatjord smile — that one that radiated joy and confidence — never wavered. He was one of a kind, and as hard as it is to bid him farewell, the memories he left us will carry us through our grief. The lessons he taught each of us will lead us on the road ahead.

He was preceded in death by his parents, Tucker and Lorraine; and a brother-in-law, Dennis Johnson.