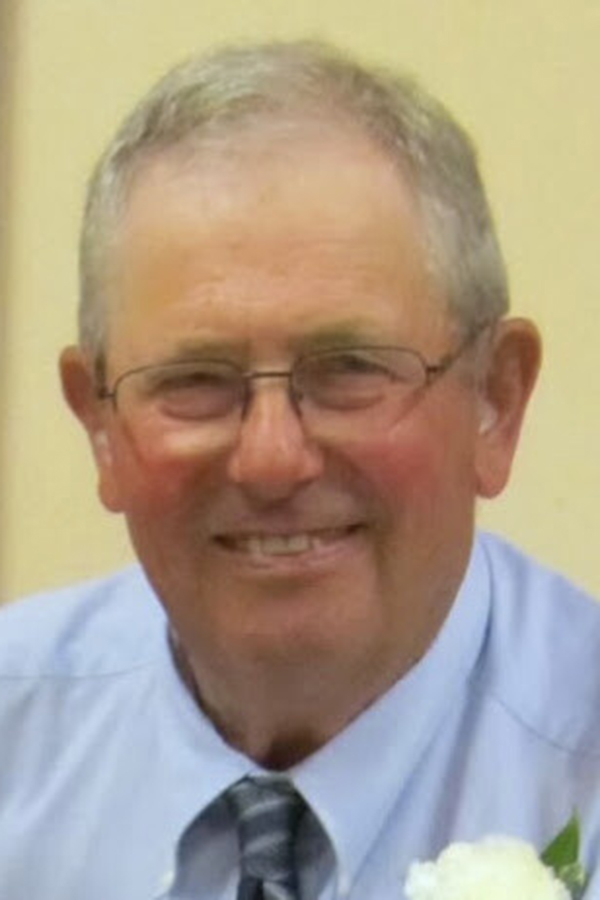 Funeral services will be held at 10:30 a.m. Monday, Nov. 7, 2022, at St. Paul’s Lutheran Church in Fredericksburg with the Rev. Ronnie Koch officiating.

For those unable to attend in person please join the family via Livestream at the link https://foveo.stream/hugeback-johnson/paul-james-boedeker

Friends may greet the family from 3 to 6 p.m. Sunday, Nov. 6, 2022, at Hugeback - Johnson Funeral Home & Crematory in Fredericksburg. Visitation continues an hour prior to the service at the church on Monday.

Paul’s remarkable life began on May 25, 1931, when his parents, Ernst and Clara (Bruns) Boedeker welcomed him into the world in Sumner.

Growing up, the family, which included Paul and his three siblings, moved a lot because of Ernst’s job with Interstate Power. The family lived in Sumner, Calmar, Waverly, West Union and Alpha and Paul graduated from Fredericksburg High School in 1950, a year later than planned because of time spent in the hospital after being severely injured in an automobile accident.

From a very young age, all Paul wanted to do was farm. He loved spending time on his grandfather’s farm near Denver, but he had to make his own way and start farming on his own, which he did on the farm he purchased north of Fredericksburg.

He met his perfect life and farming partner — a beautiful young woman named Evelyn — at a baseball game in Alpha, and the two fell in love and were married on Aug. 1, 1954, beginning a marvelous marriage that lasted for more than 68 years.

Paul and Evelyn had four children — Kerry, Randy, Linda, and Candace — who had a father whose life was centered around family and farming. He taught them the value of a good work ethic and the importance of a smile.

He loved his farm, and he so enjoyed having Evelyn and his children work side-by-side with him — be it working with the cattle and the hogs, baling hay, picking rock or driving tractors.

Paul believed it was vital to support all things agriculture and spent 15 years on the Fredericksburg Farmers Coop Board, served on the board of the Production Credit Association from 1972 to 1981, and spent several years on the Chickasaw County Soil and Water Conservation Board. He was blessed to be able to stay on the farm all of his life but occasionally took a trip to see family or participate in an ag-related trip that enabled them to visit a few interesting places.

He was a lifelong member of St. Paul’s Lutheran Church in Fredericksburg, where he attended parochial school as a youth and was instrumental in helping build the new church that is there today.

But his legacy will always be his family and his farm, that today is run by his son, Randy. He loved his children and grandchildren, who made his eyes light up and always brought out that warm, infectious smile that was Paul’s.

This man who lived a full and rewarding life for 91 years will be deeply missed by those who knew him and loved him, but they have years of wonderful memories.

He was preceded in death and welcomed into Heaven by his parents; one brother, Roland (Barb) Boedeker; two sisters, Marion Boedeker and Louann Kleiss; his stepmother, Margaret; and a sister-in-law, JoAnn Edmonds.