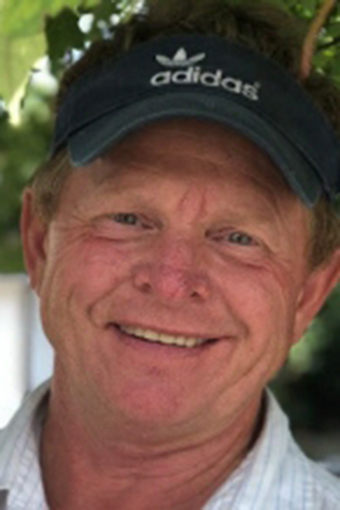 Rene was born on Aug. 2, 1962, at what was then the St. Joseph’s Hospital in New Hampton, and he was second youngest of Alex and Luella (Huinker) Reicks’ nine children.

He grew up on the family farm near Little Turkey, and Rene was born to be a farmer. He helped his parents on their farm — milking cows, doing field work and the like — and attended school at Turkey Valley. In high school, he was a cross country runner, and he graduated with the Turkey Valley High School Class of 1981.

When he graduated, there was only one thing Rene really wanted to do — farm. He spent his entire adult life working the land, and he was a John Deere man through and through. Rene became a champion of no-till farming methods of which he was very proud. Always a hard worker, Rene also drove truck — both over-the-road and short trips.

He was married twice — to Ruby and Brenda — and for the past 18 years, he and his life partner Cynthia Kay made a wonderful life together.

Rene had four children — Reggie, Sam, Terry and Courtney — who will always cherish the many fond memories they made with their dad. They’ll never forget the great stories he told, the hunting trips they took, the vacations to Minnesota they took every August, the trips to the roller skating rink and the fun they had going to Valleyfair. And, of course, they’ll always smile when they recall the “wildlife scouting in the war wagon” with Rene.

His three boys and Courtney, a captain in the U.S. Air Force, loved the time they spent with Dad.

He had a big heart and loved to laugh. His one-liners were legendary, if a bit “kooky!” But he was also industrious and his ingenuity was simply amazing. Rene could fix anything, and even though he didn’t have any formal education in mechanics, he could take a car apart and put it back together and it was better than ever. And he loved his dogs — Bud and Gipper — who loved him right back.

His mother taught Rene how to sew, and he would do little sewing projects — like replacing the zipper in Cynthia’s coat — and make them look professional. He was also one hell of a cook, and his homemade sausage and spaetzle were, in a word, delicious. Rene and Cynthia were also pros when it came to sweet corn.

In his younger days, Rene enjoyed golfing and bowling. Then he grew to love to go dancing and listen to live music with Cynthia. In his truck, the music of choice was always classic rock, especially songs from Van Halen.

Rene, though, was mostly about helping people. He was a proud member of AA for 27 1/2 years, and when he spoke at meetings, he, trust us, helped many stay sober for another day. He also took care of his father, Alex, and his dad will tell you that because of the care provided by Rene and Cynthia, he did not have to leave his home when he became ill.

He was a proud grandfather to the three best grandkids — Owen, Asher and Kannon — and we know he’ll be looking after them from above.

In the end, the most important thing in Rene’s life were the relationships he had with not only his family but his lifelong friends. They will dearly miss that Rene smile and that Rene heart that always put others before himself.

Rene was preceded in death by his mother, Luella, and two brothers, Randy and Roger.