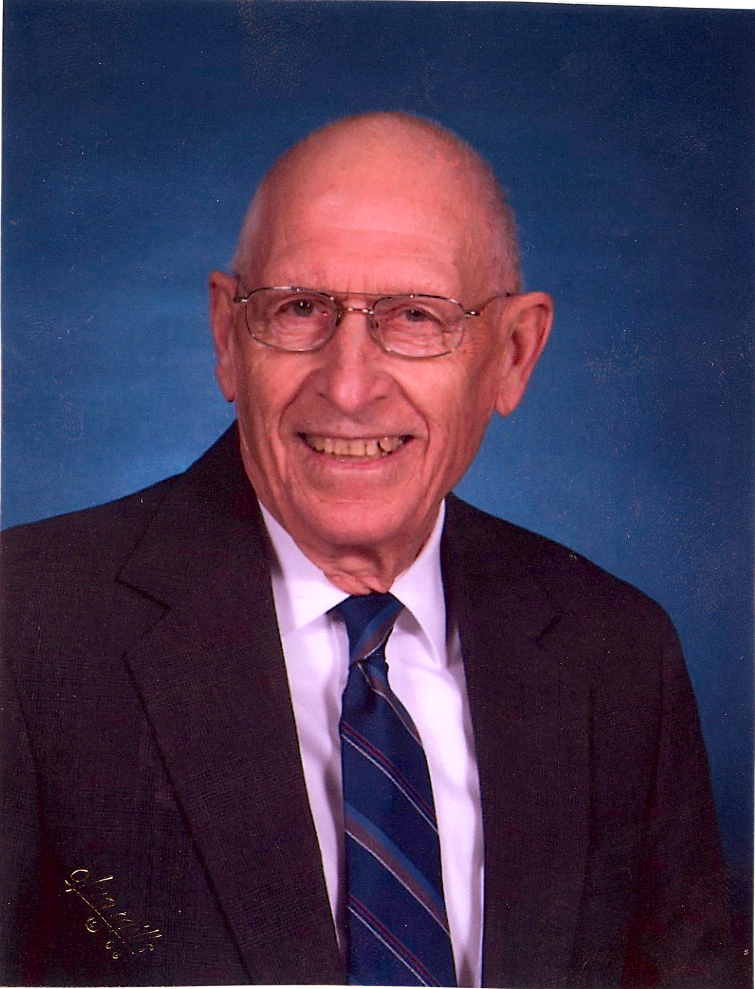 Orville P. Ball age 89 of New Hampton died Wednesday, June 15, 2016, at Linn Haven Rehab and Healthcare in New Hampton.Funeral Service will be held 11 a.m. Monday, June 20, 2016 at Redeemer Lutheran Church (611 W. Court St.) in New Hampton with Rev. Jesse DeDeyne presiding. Interment will be held at New Hampton City Cemetery with Blayne Willadsen, Tyler Ball, Chad Ball, Jared Ball, Lisa Cloninger and Russell Ball serving as pallbearers. Friends may greet the family from 9 to 11: a.m. on Monday, June 20, 2016 at Hugeback-Johnson Funeral Home in New Hampton.  Online condolences for Orville’s family may be left at hugebackfuneralhome.comOrville P. Ball was born Sept. 18, 1926 in Elma, the son of Charles and Mary (Buchholtz) Ball. He was baptized and confirmed at the Lutheran Church in Elma. After finishing eighth grade he began to work on the farm with his father. On Aug. 8, 1947 he married Viola Cummings at the Little Brown Church in Nashua, IA. To this union two children were born.Orville started working for the Chicago Northwestern Railroad Company at age 17 before he was drafted to the United States Army. He was stationed in Hawaii and Japan for most of his service during World War II. After returning from the army he started working again for the railroad company. He went 28 straight years without missing a day of work and ended his tenure there in 1986. His wife Viola passed away in 1993 and he remarried Louise Nelson on June 25, 1994.Orville was an active member of the American Legion in New Hampton. He enjoyed going on the Honor Flight with the legion and also was very proud of the railroad memorabilia that he donated to the Carnegie Cultural Center. In his spare time he enjoyed the outdoors, doing things like fishing, growing voodoo lilies, turtle hunting or catching rabbits by hand. His grandchildren held a special place in his heart and he loved being a part of their lives.Orville is survived by one son, Douglas (Kathy) Ball of Little Turkey, one daughter Nancy (Kevin) Willadsen of New Hampton; five grandchildren, Lisa (Rob) Cloninger of Boise, ID, Jared (Kim) Ball of Little Turkey, Chad (Crystal) Ball of Ft. Mitchell, AL, Tyler Ball of Ankeny; Blayne (Kelly) Willadsen of Springville; 8 great-grandchildren; one sister Rosella Fausnaugh of Cresco; his wife Louise Ball of Clear Lake, Wisc.He was preceded in death by his wife Viola Ball; parents; four brothers, Herman Ball, Albert Ball, Victor Ball and Lester Ball; four sisters, Laura Gaskins, Sally Pogose, Helen Carlson and  Gertrude “Tootsie” Hedrick.