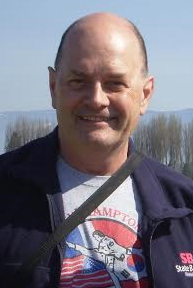 Robert “Bob” Philips, age 69, of Nashua died Wednesday, June 8, 2016, from injuries sustained in an accident south of Charles City.
A Mass of Christian Burial will be held 10:30 a.m. Tuesday, June 14, 2016, at Immaculate Conception Catholic Church, Charles City with Rev. Gary Mayer celebrating the Mass. The pall will be placed by Bob's family. Lector for the Mass will be Rita Swinton, and presenting the offertory gifts will be Sarah Kopski, Bob and Judy Carothers, and Karen Lansing.
Friends may greet the family 4 to 7 p.m. Monday, June 13, 2016, at Hugeback Johnson Funeral Home - Olson Chapel in Nashua, where there will be a 7 p.m. parish scripture service. Visitation continues an hour prior to the Mass at the church in Charles City on Tuesday. Online condolences for Bob’s family may be left at hugebackfuneralhome.com
Robert William Philips was born May 28, 1947, in Decorah, the son of Thomas and Marjorie (Ernst) Philips. He attended St. Benedict's Catholic School in Decorah until the eighth grade and graduated from De Sales High School in Ossian, in 1965. He pursued additional education, graduating from the University of Northern Iowa in 1969 with a degree in Music Education. On Aug. 16, 1969, Bob married Mary Lansing at St. Francis De Sales Catholic Church in Ossian. To this union three children were born.
Bob was a vocal music instructor in Lake Mills and Greene for four years. He then began working for B & W Foods in Greene and Nashua. After several years, he purchased the business renaming it B & D Foods. He owned and operated the store until its closing in 2009. He then worked for RGIS Inventory Specialists until the time of the accident.
Bob had a immense passion for music, an integral part of his life. He was the music director at St. Michael's Catholic Church in Nashua, playing the organ, directing the choir, and singing at many parish weddings and funerals. Bob sang in the Immaculate Conception Catholic Church choir in Charles City and with the Charles City Singers. He was the director of the community chorus in Nashua for many years. Bob assisted Mary with technical lighting and sound for many of the Nashua-Plainfield High School plays and musicals.
Bob enjoyed camping, gardening, and traveling to many of the national parks across the country. Later in life Bob took up cycling after he was the support person on RAGBRAI for his daughter Laura's family team in 2013. In 2014 Bob decided to ride for three days of the event with Laura. This year he planned on completing the week-long ride with his family.
For the past 9 years, Bob was part of Jung's Tae Kwon Do in Nashua and New Hampton, earning his 3rd Don Black Belt.
He was an active member at Immaculate Conception Catholic Church, spent many years on the Nashua Ambulance Crew, and enjoyed teaching youth in any capacity possible.
Bob is survived by his wife of 46 years, Mary; son, Mark Philips of Seattle, WA; two daughters, Laura (Phillip) Armes of Seattle, WA, Regina Philips of Riverside, FL; five grandchildren, Kylie Buckna, Anika Philips, Isaac Armes, Levi Armes, and Lindsay Armes; brother, Thomas Philips of Port Lavaca, TX; sister-in-law, Sandi Philips of Ames, IA; and seven nieces and nephews.
He was preceded in death by his parents, Thomas and Marjorie Philips; in-laws, Mary and Carl Lansing; and business partner, Darwin Pohl.
In lieu of flowers, donations may be made to Charles City Singers, Immaculate Conception Catholic School Scholarship Fund, The Alzheimer's Association, or Nashua Plainfield Music Department.