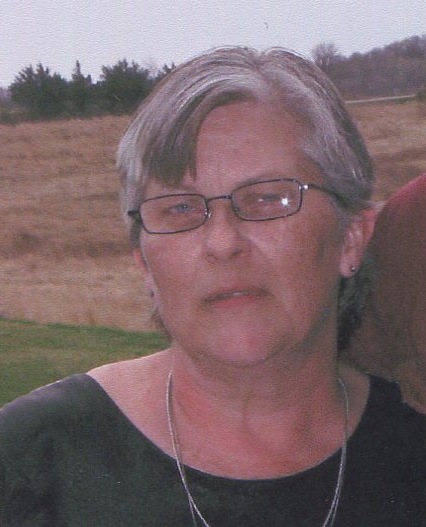 Robin M. Wenthold, 52, of Riceville, and formerly of Waucoma and Hawkeye died Wednesday, June 22, 2016, at her home in Riceville after a 2 year battle with cancer. A graveside service will be held at 11a.m.  Friday, June 24, 2016, at the Hawkeye Cemetery in Hawkeye. Per her wishes there will be no visitation. In lieu of flowers memorials may be made in her name along with Ava Tucker and Brianna Welsh to the American Cancer Society.Robin Marie, daughter of Ronald and Connie (Paschal) Maser, was born November 10, 1963, in Elkader. She was baptized at the Seventh Day Adventist Church in Hawkeye. She received her education in the Sumner Public Schools. Robin would later receive her G.E.D. from N.I.C.C. and also studied farm management. She was united in marriage with Dewayne Teepe, and to the union one son was born, Loren. The couple would later divorce. Robin married Dennis Wenthold, Sr. and to this union two sons were born, Dennis, Jr. and Dustin. She worked for Mabes in Cresco and Casey’s General Store in Riceville for many years until her health no longer permitted her able to. She enjoyed gardening, flowers, cooking, but most especially enjoyed time at home with her children and grandchildren.Robin is survived by her three sons, Loren Teepe of Waucoma, Dennis Wenthold of St. Lucas, and Dustin Wenthold of Waucoma; two grandchildren, Dakotah and Miranda Teepe; her mother and stepfather, Connie (Willard) Paschal of Marquette; four siblings, Tracey (Mickey) Phillips of Farmersburg, Margie (Gary) Wright of Oelwein, James Maser of Greenfield, and Curtis (Lanette) Maser of Lake Mills; special friend, Tony Powers of Riceville; and many nieces and nephews.She was preceded in death by her grandparents, Lucille (Gilbert) Welsh and Lila (Bill) Winginger; and a niece, Samantha Maser.