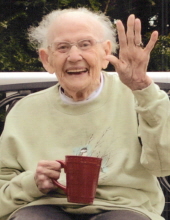 Sarah F. Straw, age 92 of Lawler, died Tuesday, April 13, 2021, at the Community Memorial Hospital in Sumner.
The funeral service will be held at 10:30 a.m. Monday, April 19, 2021, at Hugeback-Johnson Funeral Home & Crematory in New Hampton with the Rev. Kevin Frey celebrating the service.
Interment will follow at the New Hampton City Cemetery with Craig Straw, Corey Straw, Greg Kout, and Nathan Mracek serving as pallbearers.
Friends greeted the family from 2 to 5 p.m. Sunday, April 18, 2021, at Hugeback-Johnson Funeral Home & Crematory. Visitation continues an hour prior to the service on Monday at the funeral home.
Sarah was born on Oct. 8, 1928, to William and Emma (Phillips) Steadman in Alpha, Iowa and she grew up just outside the small Fayette County town.
Sarah was one of four members of the Class of 1947 at Alpha High School, and her children will tell you that “we’re not sure if she was the valedictorian, but she was definitely in the top five of her class.”
She met Earl Straw at a dance, and the two hit it off immediately. They were married on May 8, 1948, at the Little Brown Church near Nashua, and they began their married life near New Hampton before moving to the Lawler area. Their family grew to include 10 children — Danny, Dana, Eddie, David, Karen, Vickie, Paula, Diane, Debbie, and AJ.
Those 10 kids were blessed with the best mother, one who was a great cook, an even better baker, and a teacher of life. Sarah understood that she couldn’t solve all her children’s problems, so if they came into a house after fighting outside, she would tell them that they needed to come up with a solution on their own. And that’s just what they did.

Ask her children and they will tell you she was a fun, easy-going mom and that she had a way of making people in her life feel loved.
Sarah loved to garden, and the sound of the canner was a summer constant at the Straw house. Sarah also was a talented embroider.
When all of her children were in school, she worked as a cook at the Legion Hall before taking a similar position at Chip’s Ballroom, where she worked from 1975 to 1999. Put it this way: No one — and we mean no one — left a wedding reception at Chip’s without being full, and she worked into her 70s because when she would hint at retirement, the owner said, “No, I just booked a wedding for next summer and they’re coming here for you.” In other words, her retirement had to come with a one-year notice!

She lost her husband of 52 years in 2000, and there is no doubt that Earl’s death was a blow to Sarah.
But she persevered and made it through, and she had plenty of help, too. Sarah adored her 16 grandchildren and her 17 great-grandchildren, and she gave them the best gift — her time — as much as she could.
In her later life, Sarah gave up her garden, and instead, she focused on her house plants. She became a sports fan — especially when it came to college basketball and baseball — and her favorite team was always the “underdog.”
Sarah was a longtime member of the Lawler American Legion Auxiliary, first joining the organization in 1954.
She packed a lot of life — and more importantly, a great amount of love — into her 92 years, and as much as her family will miss the wonderful woman, they are grateful for the time they had with her and the smile she always had for them.
Sarah is survived by three sons, Dana (Michiko) Straw of Las Vegas, David Straw of Elma, and A.J. (Janelle) Straw of Protivin; five daughters, Karen (Rick) Huber of Lawler, Vickie (Randy) Mracek of Protivin, Paula (Leo) Kout of Lawler, Diane (Bill) Gebel of Lawler, and Deb Straw of Lawler; one daughter-in-law, Karen Straw of Lawler; 16 grandchildren; 17 great-grandchildren; and numerous nieces and nephews.
She was preceded in death by her parents; her siblings; her husband, Earl in 2000; and two sons, Danny Straw in 1968, Eddie Straw in 2004.