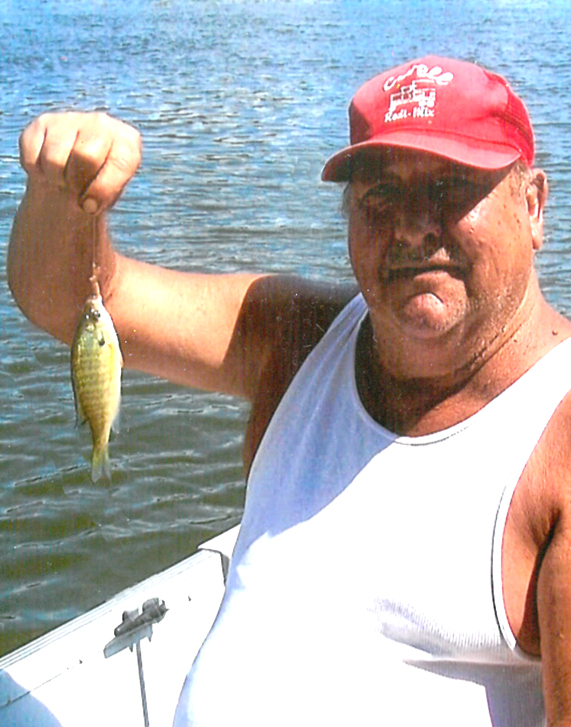 Stephen “Steve” Martin, Sr., 76 of Charles City, passed away Saturday, July 3, 2021 at his home under the care of his family and St. Croix Hospice.
A funeral service for Steve Martin will be held at 10:30 a.m. on Saturday, July 10, 2021 at Hauser Weishaar Funeral Home in Charles City.  Burial will be at Sunnyside Memory Gardens in rural Charles City.
Visitation will be at Hauser Weishaar Funeral Home from 5:00 to 7:00 p.m. on Friday, July 9, 2021 and will continue one hour before the service at the funeral home.
Stephen “Steve” Allen Martin, the son of Ted and June (Demro) Martin, was born January 16, 1945 at his grandparent’s home in Nashua, Iowa.  He spent much of his childhood at his grandparent’s house on the Cedar River in Nashua and played with many of his cousins who lived in the same area.
Steve was united in marriage to Jeanne Delap on November 25, 1966 in Charles City.  This union was blessed with four children.
Steve worked at Viking Pump in Cedar Falls and Ramker Construction in Waverly before starting his own business, H&M Construction with his cousin Karl Heckrodt.  He laid many block basements in the Charles City, Northern Iowa and Southern Minnesota areas and poured many sidewalks and driveways in Charles City.  Steve retired in 2007.
Steve loved to fish, hunt, trap and was an avid bird watcher.  In the winter he would trap and sell the furs in time for Christmas.  In the 1980’s he and Jeanne purchased a lot at Blackhawk Park on the Mississippi River.  Most of their weekends were spent camping and fishing at this favorite spot.
In the winter, Steve loved hosting NASCAR Sunday in the garage.  His children, along with a few friends, would gather and have a fish fry.  Steve was very family oriented.  He was always planning meals well in advance of their serving date so that all of his family could make it home to share.  Steve was always available if his children or other family members needed anything.
Living family members include his wife, Jeanne; children:  Stephen Martin, Jr., Sherri (Bret) Moore, Angie (Danny) Reams and Shaun Martin; grandchildren:  Whitney Martin, Drew Martin, Ryan Assink, Brittany Dana, Payton Reams, Cole Reams and Chris Martin; great-grandchildren:  Carter Charlton, Addie Charlton, Adam Assink, Wyatt Assink, Keeton Dana, Kameron Dana, Kyran Dana, Kynzlee Dana and Kamarii Dana; along with numerous nieces, nephews, other family members and friends.
Steve was preceded in death by his mother and step-father, June (Ralph) Krumrey; father, Ted Martin; father-in-law, Jesse (Wyonna) Delap; mother-in-law, Mildred (George) Hess; brother, Jim Demro; and three sisters:  Edith Dodds, Kathleen Gates and Sylvia Ann Kalkbrenner.
Hauser Weishaar Funeral Home, (641) 228-2323, 1205 South Main Street, Charles City, Iowa 50616 is in charge of local arrangements.  Online condolences may be left on the Tribute Wall for the family at www.hauserfh.com.