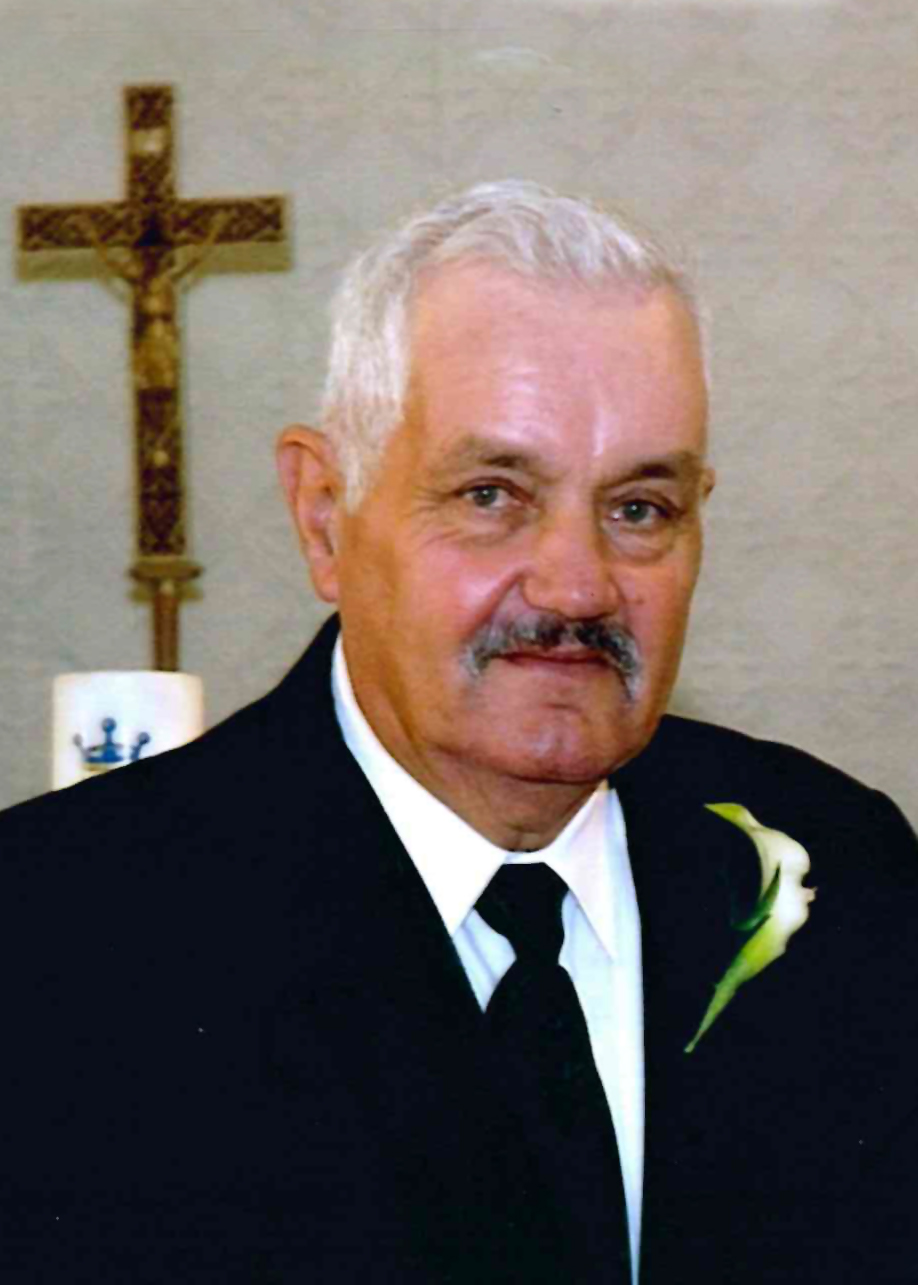 William “Bill” Orthaus, age 78, of Ionia, passed away on Sunday, February 7, 2021 at his home surrounded by his family.
A Mass of Christian Burial will be held at 10:30 a.m. on Saturday, February 13, 2021 at Immaculate Conception Church in North Washington with Father Brian Dellaert celebrating.  Burial will be at St. Mary’s Cemetery in North Washington.
Visitation will be from 4-7 p.m. on Friday, February 12, 2021 at Conway-Markham Funeral Home in New Hampton with a 7 p.m. Scriptural Wake Service.  Visitation will continue at the church one hour prior to the funeral mass on Saturday.  PLEASE JOIN THE FAMILY VIA CONWAY-MARKHAM FUNERAL HOME’S FACEBOOK PAGE.  Though masks are not required the staff at Conway-Markham Funeral home encourages the use of them at this time.  Online condolences may be left at www.conway-markhamfh.com.  Memorials may be directed to the family.
William Orthaus was born June 6, 1942, the son of John and Olivia (Huegel) Orthaus in Elma, IA.  He started out his education in a one room school house located on the Orthaus Family Farm.  He completed his education at St. Mary’s Catholic School in North Washington.  After finishing his education, Bill began his lifelong farming career alongside his father.   It wasn’t long before Bill would meet the love of his life, Therese Lensing on a snowy night in Alta Vista at a teen hop.  The couple were united in marriage on September 28, 1963 at St. Joseph’s Catholic Church in New Hampton.  Bill and Therese made their home on the family farm where they welcomed their six children, Ken, Jim, Ron, Pam, Jason, and Gerard.  With his family by his side, Bill would farm until he was no longer physically able to.  Through the years, Bill’s favorite season was Harvest side by side with his father.  He enjoyed playing cards, and gardening.  He was even known to plant over 1000 hills of potatoes.  Next to farming, Bill’s passion was raising and breaking Belgian horses.  He was proud to work with Amish and local farmers with field work and plowing shows. His grandchildren and farm are easily said to have been his world.  After his stroke, Bill’s pride and joy was to hold his grandchildren and great grandchildren.
Those left to honor his memories are his wife, Therese Orthaus of Ionia; his children, Kenny (Susan) Orthaus of New Hampton, Jim (Michelle) Orthaus of New Hampton, Ron (Patty) Orthaus of Ionia, Pam (Duane) Nie of North Washington and Jason (Lisa) Orthaus of Ionia; his grandchildren, Heather, Brian, Cole, Ethan, Norah, Will, Devin, Daniel, Abby, Kennady, Johnna, Gary, Brody, Alex, Landon; three great grandchildren, Weston, Ivy, and Theodore; his siblings, Dick (Phyllis) Orthaus of New Hampton, Sister Kathleen Orthaus of Dubuque, IA, Joann (Dick) Gleason of Gilbertville, IA, Tom (Marilyn) Orthaus of Central City, IA, John (Eileen) Orthaus of Grimes, IA, Linda (Bill) Noehl of New Hampton; sister-in-law, Wilma Orthaus of Rochester, MN; brother-in-law, Bob Jones of Dubuque and numerous nieces, nephews and extended family.
He was reunited with his son, Gerard who passed away in infancy; his parents; his siblings, Gerald Orthaus and Louise Jones; and sister-in-law, Agnes Orthaus.